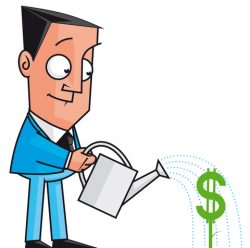 New Colombia Resources Inc (OTCMKTS:NEWC) is one of the more mysterious business models you will come across on the OTC. The company is both a met coal miner and a medical marijuana producer in the Republic of Colombia. Both areas have been hot over the past 6 months, making this an interesting company and stock. Recent action has been mixed, but NEWC stock retains a good chunk of its big gains from last Fall at this point.

The most recent update out of the company hit a few days ago when they provided an update on their metallurgical coal mining operations. “Earlier this month, they announced the signing of a US$ 90 Million purchase agreement for metallurgical coal with American Steel Industries, LLC (ASI) of Philadelphia, PA, a joint venture partner with a Chinese Government owned Multi-Billion Dollar Commodities and Steel Trading Company. ASI has been exporting steel from China for the past 12 years and is one of its largest steel exporters.”

According to the company’s press materials, “New Colombia Resources, Inc. owns vast reserves of premium metallurgical coal mining titles and a medical marijuana joint venture in the Republic of Colombia. NEWC is setting up a rock mining operation to supply the major road and infrastructure projects within miles of their properties. They own 100% of La Tabaquera metallurgical coal mine in Colombia with an estimated 15-17 million tonnes of reserves. They have an additional 1196 ha. Metallurgical coal mining title that they are negotiating to develop with a foreign entity to build a coal fired power plant. New Colombia Resources holds a significant position in Sannabis SAS which legally produces medical marijuana products in the Republic of Colombia.”

Find out when NEWC stock reaches critical levels. Subscribe to OracleDispatch.com Right Now by entering your Email in the box below.

According to the company’s most recent release, New Colombia Resources entered into a joint venture agreement in November 2016 to operate metallurgical coal Concession Contract JC3-15231 located in the municipality of Zulia approximately 25 km from Cucuta, Colombia.

Apparently, engineers have been onsite since early December updating the Work Plan and Environmental Management Plan for a 10,000 tonne/month operation and have determined that production costs will drop from US $30 to $25/tonne at this capacity. And as the Company gears up to bring this mine to production, they plan to source coal for the first shipment in April and are analyzing several proposals from suppliers that provide significant margins based on the price agreed with ASI.

Management notes that, once the San Gregorio mine is producing 10,000 tonnes/month, they will still need to source the remaining balance of coal needed to fulfill the contract.

Finally, the company recently announced that Sannabis, their medical marijuana segment, plans to provide an update in coming days. That could be a catalyst for this stock.

The chart shows a lot of sideways action of late, with shares sliding about -4% over the past week of action. That said, we have actually been seeing a bump in average volume, with NEWC stock picking up about 31% over the long run average in total transactions.

Now commanding a market cap of $4.9M, NEWC has virtually no cash on the books, which stands against about $316K in total current liabilities. The company is pre-revenue at this point. This is an exciting story, and we look forward to a follow-up chapter as events transpire. For continuing coverage on shares of NEWC stock, as well as our other hot stock picks, sign up for our free newsletter today and get our next hot stock pick!