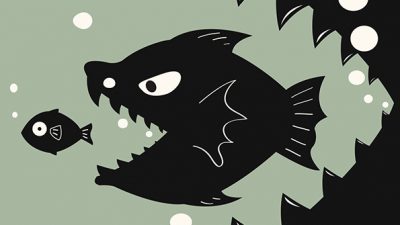 Jaguar Animal Health Inc (NASDAQ:JAGX) is a micro-cap name in the animal pharma space that’s clearly begun to spur some interest among players in the marketplace as shares break higher on recent headlines. The key catalyst is the company’s announcement that it has entered into a binding agreement of terms to merge with Napo Pharmaceuticals, Inc. The transaction was approved by the unanimous vote of independent and disinterested members of each of Jaguar’s and Napo’s Board of Directors. Napo will operate as a wholly-owned subsidiary of Jaguar, focused on human health.

Recent action has seen 54% added to share values of the company over the past month of action, but this action is running counter to the larger trend in the name. However, JAGX has a track record that includes a number of dramatic bounces. Moreover, JAGX stock has seen interest climb, with an increase in recent trading volume of nearly 630% beyond its prior sustained average level.

The company’s lead prescription drug product candidate includes Canalevia, a canine-specific formulation of Crofelemer for the treatment of CID and general acute watery diarrhea in dogs.

It is also developing Crofelemer to treat acute colitis in horses and general acute watery diarrhea in cats; Neonorm, an enteric-coated tablet for scours in preweaned dairy calves, as well as other animal species, such as horses, goats, and sheep; and other product candidates, including Virend and NP-500.

The company was founded in 2013 and is headquartered in San Francisco, California.

According to company materials, “JAGX is an animal health company focused on developing and commercializing first-in-class gastrointestinal products for companion and production animals, foals, and high value horses. Canalevia is Jaguar’s lead prescription drug product candidate, intended for the treatment of various forms of diarrhea in dogs. Equilevia (formerly referred to as SB-300) is Jaguar’s prescription drug product candidate for the treatment of gastrointestinal ulcers in horses. Canalevia and Equilevia contain ingredients isolated and purified from the Croton lechleri tree, which is sustainably harvested. Neonorm Calf and Neonorm Foal are the Company’s lead non-prescription products. Neonorm is a standardized botanical extract derived from the Croton lechleri tree. Canalevia and Neonorm are distinct products that act at the same last step in a physiological pathway generally present in mammals. Jaguar has nine active investigational new animal drug applications, or INADs, filed with the FDA and intends to develop species-specific formulations of Neonorm in six additional target species, formulations of Equilevia in horses, and Canalevia for cats and dogs.”

Find out when $JAGX stock reaches critical levels. Subscribe to OracleDispatch.com Right Now by entering your Email in the box below.

According to the company’s release, the binding financial terms of the merger include a 3-to-1 Napo-to-Jaguar value ratio to calculate the relative ownership of the combined entity. As of January 31, 2017, Napo owned approximately 19% of Jaguar’s outstanding shares of common stock.

“The board members of both Jaguar and Napo believe this is an opportune time to combine the two companies and that this binding agreement is in the best interests of both Jaguar and Napo as well as their respective equity holders. Upon the consummation of the merger, Jaguar and Napo together are poised to realize a number of synergistic, value-adding benefits—most importantly a prescription product revenue stream—and an expanded pipeline of important follow-on indications for Mytesi™ upon which to forge global partnerships,” stated Lisa Conte, Jaguar’s president and CEO and Napo’s interim CEO. “We are confident that this merger will enable both companies, through a joint management team, to access efficiencies and enhance potential value creation.”

At this time, carrying a capital value in the market of $14.4M, JAGX has a significant war chest ($2.8M) of cash on the books, which is balanced by about $2M in total current liabilities. JAGX is pulling in trailing 12-month revenues of $168K. However, the company is seeing declines on the top line on a quarterly y/y basis, with revenues falling at -35.2%. We will update the story again soon as developments transpire. For continuing coverage on shares of $JAGX stock, as well as our other hot stock picks, sign up for our free newsletter today and get our next hot stock pick!