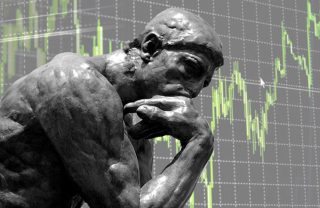 Momentous Entertainment Group Inc (OTCMKTS:MMEG) is a sub-penny player in the entertainment space that has started to garner increasing attention from traders on the OTC. The key catalyst to hit in recent days in the company’s announcement that it has reached an agreement with Poolworks’ major creditor and executed a definitive agreement resulting in the completion of the acquisition of Poolworks Germany Ltd, one of the largest social media companies in Europe with its social networks studiVZ and meinVZ, for $10 million in preferred stock. The announcement has sparked a rip in shares of several hundred percent.

According to the company’s release, the studiVZ platform was founded in 2005 in Berlin and received investment capital from Lukasz Gadowski, Georg von Holtzbrinck Publishing Group and the Samwer brothers. It was acquired along with meinVZ by Georg von Holtzbrinck Publishing Group in 2007 for 85 million euros and then by financiers Michael Pope and Adam Levin in 2012. Today, studiVZ and meinVZ has nearly 10 million registered users and over 40M ad impressions, largely in the German-speaking countries of Germany, Switzerland and Austria.

As it develops its distribution and sales channels, the company will build out its feature film finance music divisions through these direct marketing channels.

With combined experience of more than 150 years between business, direct response, film and music entertainment, MEG is positioned to make a major contribution in providing quality content worldwide.

According to company materials, “Momentous Entertainment Group, Inc. is a diversified media company with a focus on technology that creates, produces and distributes quality content across various media platforms. Momentous has a combined management experience of more than 100 years in entertainment, technology and marketing.”

Find out when $MMEG stock reaches critical levels. Subscribe to OracleDispatch.com Right Now by entering your Email in the box below.

The company’s press release goes on to state that “Momentous is committed to relaunching the Poolworks web and mobile platforms to increase user engagement and retention.” That should give some sense as to the reality under the surface of this move.

The note continues to point out that users will see expanded video features such as a new OTT streaming service and an easy-to-use e-commerce capabilities to attract a wider audience and additional revenue. The executive team at Momentous is committed to maintaining a strong focus on information security for its users, something that competing German social networks continue to neglect.

Momentous’ CEO, Kurt Neubauer, stated, “Our management team was very concerned when we came to understand the gravity of the credit issues with Poolworks. But, after a number of discussions and negotiations, Momentous’ management has reached a settlement agreement with the Poolworks creditor. We are very pleased that the creditor was willing to come to the table and negotiate a positive solution for the Company and its shareholders.” Mr. Neubauer also stated, “This has allowed Momentous the ability to close on the acquisition and begin to advance Poolworks’ social media system to enhance its users’ experiences by offering new features such as our streaming media services and other industry leading product enhancements.”

The chart shows just shy of 360% tacked on to share pricing for the stock in the past month, a rally that has pushed up against longer standing distributive pressure in the stock. This is emblematic of the stock. MMEG has evidenced sudden upward volatility on many prior occasions. Moreover, the name has registered increased average transaction volume recently, with the past month seeing just shy of 110% beyond what we have been seeing over the larger time frame.

Traders should note this as important with a float in play that’s tight — under 22M shares. It’s something the veterans know to key on: a jump in average daily transaction volume in a stock with a restricted float can unleash fireworks as supply is squeezed.

Now commanding a market cap of $1.1M, MMEG has virtually no cash on the books, which must be weighed relative to about $578K in total current liabilities. MMEG is pulling in nominal trailing 12-month revenues. However, the company is seeing recent declines on the top line on a sequential quarterly basis, with revenues falling at -4% as of its latest reporting period.

But the story here is not a recent past show of operations for MMEG. It’s a nod to the future and what sort of execution can be made of possible synergies here, in the pairing of an entertainment name with a content delivery name. This could be an exciting story, and we look forward to a follow-up chapter as events transpire. For continuing coverage on shares of $MMEG stock, as well as our other hot stock picks, sign up for our free newsletter today and get our next hot stock pick!