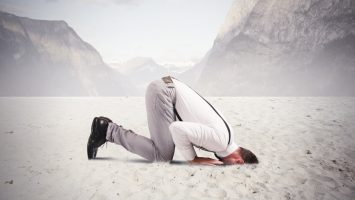 Growblox Sciences Inc (OTCMKTS:GBLX) is a penny player in the MMJ space that continues to be largely a lagging member of the field. The company has been hitting the newswires of late to potentially change that status, including a recent announcement of the filing of the second in a series of patent applications for life science inventions by its wholly-owned subsidiary, Growblox Life Sciences, LLC.

According to the release, Inflammatory disorders represent a serious health and economic burden in the US with over $200 billion spent annually. GB Sciences’ novel cannabis-based therapies could significantly help both patients and society. According to the CDC, arthritis affects 22.7% (52.5 million) of adults in the US (2010-2012), and the prevalence is projected to increase to an estimated 26% (78 million of the projected total adult population) by 2040. The total costs associated with arthritis were $128 billion in 2003, and they have been increasing over time. Additionally, 8.6% (7 million) children and 7.4% (17.8 million) adults had asthma (2014), which costs the US $56 billion per year. Inflammatory Bowel Disease (“IBD”), which includes Crohn’s disease and ulcerative colitis) affected between 1 and 1.3 million people in the US (2007). Per the CDC, IBD is an expensive, chronic disease, which cost the US $11.8 billion in 2008, despite the lower prevalence rates.

Growblox Sciences Inc (OTCMKTS:GBLX) is a Las Vegas-based firm that frames itself as a company that focuses on the research and development of medical cannabis drugs and treatments.

According to company materials, “GB Sciences, Inc. (GBLX) is a diverse cannabis company, focused on cultivation as well as biopharmaceutical research and development. The Company’s goal is creating safe, standardized, pharmaceutical-grade, cannabinoid therapies that target a variety of medical conditions.”

Find out when $GBLX stock reaches critical levels. Subscribe to OracleDispatch.com Right Now by entering your Email in the box below.

According to the company’s communications, the current provisional patent application covers cannabinoid-containing complex mixtures capable of preventing and treating a spectrum of inflammatory disorders.

We would also point out that the application focuses on the use of CCCM to disrupt the signaling pathways in certain immune cells that lead to the initiation and maintenance of inflammatory responses, based on information provided by GBLX. Both common and uncommon inflammatory disorders, ranging from chronic arthritis to acute responses to insect stings, are likely to be effectively targeted by this therapeutic approach.

“Although inflammatory reactions are a necessary part of human immunity in some situations (e.g., fighting pathogens), humans (and animals) suffer from multiple inflammatory disorders involving “hyper-inflammatory” responses. Our novel CCCM strategically target multiple arms of these hyper-inflammatory responses in parallel for maximal effect, rather than inhibiting a single arm like other commonly available anti-inflammatory therapies,” explains Dr. Andrea Small-Howard, Chief Science Officer of GB Sciences. “For example, anti-histamines are partly effective, but leave untouched those inflammatory pathways that lead to release of other pro-inflammatory mediators, such as bioactive lipids and cytokines. GB Sciences’ approach is to simultaneously target as many inflammatory outputs as possible with our CCCM, leading to more comprehensive relief from tissue inflammation.”

At this time, carrying a capital value in the market of $31.7M, GBLX has a reserve ($2.1M) of cash on the books, which is balanced by about $786K in total current liabilities. The company is pre-revenue at this point.

GBLX has been under-performing in the space, and the market may be correct in this divergence. However, also note that this stock trades on a tiny float (just 6.6M shares). So, if a new catalyst hits with more oomph, the upside potential could be significant. As more color becomes clear on the name, we will review the situation and update our take. For continuing coverage on shares of $GBLX stock, as well as our other hot stock picks, sign up for our free newsletter today and get our next hot stock pick!