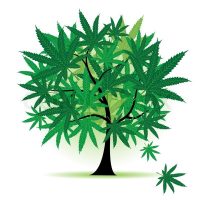 NEW WAVE HLDG INC COM USD0.001 (OTCMKTS:NWAV) is a micro-cap stock that looks to be a new player in the cannabis patch under the guise of an “alternative medicine” business, with a focus on substance abuse treatment. Though that could seem a bit ironic, pot has been shown to help with opiate addictions, and the market is starting to clearly take NWAV stock quite seriously, with it running over 1000% higher around headlines announcing the opening of four new PAO facilities (the company’s subsidiary treatment company) in the states of Ohio and Florida.

According to the release, the Company’s flagship clinic in Sandusky, Ohio is on track to begin accepting appointments before the end of February 2017, and New Wave has just begun construction in Cleveland for their second facility in the state of Ohio, which became the 25th state to legalize Cannabis for medical purposes late last year.

The realm of treatment solutions include cannabis, acupuncture, chiropractic, biofeedback, and other solutions depending upon patient needs.

PAO’s Substance Abuse Rehab center is a substance abuse rehabilitation center specializing in opiate addiction treatment in addition to the alternative medicine clinic that is currently under construction in Northwest Ohio.

“Without loss of focus or momentum in the construction of the alternative medicine clinic, we have been able to negotiate and secure a lease on the entire building in which the alternative medicine clinic is being launched. This provides the company with an expansive 10,000 square feet in which to build out both the rehab treatment center and the clinic at the same principal location,” Art Hall, Director of Operations, stated. “We are thrilled that we will have this be our first flagship location with both divisions under one roof.”

According to company materials, the National Council on Alcoholism and Drug Dependency estimates that over 23 million Americans (age 12 and older) are addicted to alcohol and other drugs. The Substance Abuse and Mental Health Services Administration (SAMHSA) estimates that the market for addiction treatment is about $35 billion per year.

Find out when NWAV stock reaches critical levels. Subscribe to OracleDispatch.com Right Now by entering your Email in the box below.

In addition to the new facilities, the press release details the fact that PAO is apparently – according to the company – on track to open at least three more locations in Florida by the end of February. They include Orange Park, Jacksonville Beach and Ft. Lauderdale, with a location in Green Coast Springs to follow thereafter.

“This has been an incredible new year,” states PAO Group CEO, Robert Weber. “We are thrilled to be ahead of schedule on our goals for Q1, which includes construction on the new facility in Cleveland along with a sizeable impression in the state of Florida for our first month in. We’re also honored with the opportunity to bring shareholder value to the table and grateful for the reception thus far. Our Facebook live tour of the Sandusky facility, which we posted just a few days ago, has a reach of over 18,000 and counting, with zero ad or promotion.”

As reported, the Company plans to update shareholders on additional facility openings and unique opportunities in the space as they continue to grow operations through an assertive growth plan including key strategic alliances.

We’ve witnessed 980% during the past month in terms of shareholder gains in the listing. Market participants may want to pay attention to NWAV stock. New Wave has evidenced sudden upward volatility on many prior occasions. In addition, the stock has seen interest climb, with an increase in recent trading volume of just shy of 260% over what NWAV has registered over the longer term.

Now commanding a market cap of $6.5M, New Wave Holdings has virtually no cash on the books, which must be weighed against over $1.8M in total current liabilities as of late September 2016. New Wave Holdings is pre-revenue at this point. This is an exciting story, and we look forward to a follow-up chapter as events transpire. For continuing coverage on shares of NWAV stock, as well as our other hot stock picks, sign up for our free newsletter today and get our next hot stock pick!