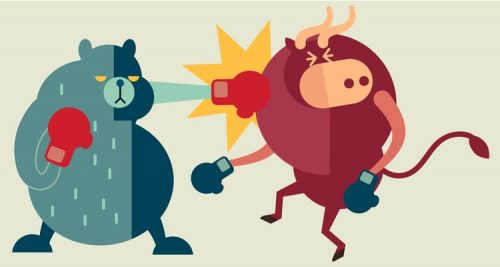 PetroGas Co (OTCMKTS:PTCO) is a micro-cap stock that we caught at the highs in our last piece. PetroGas stock was trading above $5/share, and we noted that it had rocketed “up the chart in a manner completely disproportionate to the company’s financial and strategic reality”. We thought at the time that it was likely a very misunderstood story – the company was framing its small-money land-leasing in regions roughly correlated with natural resources as if they were actual productive well and mine acquisitions. On the strength of a few thousand dollars in rent pay, PTCO had seen a market cap rise from about $10M to over $160M in just a couple months.

Needless to say, the bubble has burst at this point. Traders will note a -40% drop in share values of the stock over the past week of action. In addition, the stock has seen a massive jump in recent trading volume to the tune of a bit more than 300% beyond its prior sustained average level in share transactions. In all, since we last covered the name, PetroGas stock has moved -80.5% lower.

Find out when PetroGas stock reaches critical levels. Subscribe to OracleDispatch.com Right Now by entering your Email in the box below.

What is perhaps most interesting is that the company is still at it, recently announcing that it has “acquired” an oil and gas lease of approximately 160 acres in Payne County, Oklahoma.

From the release, “According to the EIA, Oklahoma recently ranked fifth in crude oil production in the nation and the state is one of the top natural gas-producing states in the nation, accounting for around 7% of U.S. gross production.”

“With this latest acquisition in Oklahoma, the company is now an important holder of leases in the state as it marks our fourth acquisition in the area. Payne County is an up and coming location for oil and gas drilling with a lot of potential which we intend to explore,” said Mr. Yu, CEO of PetroGas Company.

This is very similar to its prior releases in that this is not an acquisition of proven and producing wells. This is a lease of land that was cheap enough to lease that they no doubt could get it for peanuts (the company has no cash on the balance sheet and is pulling no revenues).

But one must question the market forces involved – ie, why might that land be so cheap to lease? We would assume it is because it has already been found to have no oil or gas reserves.

According to a prior release, the company gave at least a bit more information about its leased asset: “Exxon, Vanguard, and Continental all have a stake in the Montana deposits. Three years ago, the United States Geological Survey (USGS) released a new assessment for oil and gas reserves in North Dakota, South Dakota and Montana. The assessment includes new estimates for the Three Forks Formation and updated estimates for the Bakken Formation. By combining the estimates for Three Forks and Bakken, the USGS found that the region has far greater reserves of oil and natural gas than previously thought. The USGS estimates that the two formations have a total of approximately 7.4 billion barrels of undiscovered, technically recoverable oil, which is twice the amount that was reported in the 2008 assessment.”

In any case, this company is headed by management with a known history for promotional activity, and it would appear that this venture is a concerning one for investors. We would advise caution until or unless the company puts together a case that suggests real money might start to flow onto the books in a sustainable manner as the result of real operations. Until then, it’s “buyer beware”.

Now commanding a market cap of $31.2M, PTCO has virtually no cash on the books, which is balanced by virtually no total current liabilities. The company is pre-revenue at this point. As more color becomes clear on the name, we will review the situation and update our take. For continuing coverage on shares of PetroGas stock, as well as our other hot stock picks, sign up for our free newsletter today and get our next hot stock pick!