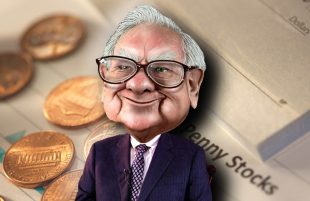 Neurotrope Inc (OTCMKTS:NTRP) is a tiny float micro-cap with visions of an uplist onto the big boards. The company is a biotech working towards a new treatment method for the tricky conundrum that is Alzheimer’s Disease. We would note that the whole story here is going to depend on a new set of research data that should hit the market sometime in the next 1-3 months.

At present, the company is on a road show to convince the world that its attack vector is going to be more promising than other failed enterprises in this particular treatment space have been in the past. At the most recent such event, Susanne Wilke PhD, Neurotrope’s Chief Executive Officer, and Dr. Daniel Alkon, Neurotrope’s President and Chief Scientific Officer, presented at the 2017 BIO CEO & Investor Conference on February 13th-14 in New York City. Interestingly, the stock sold off in immediate reaction to the event, but has swiftly ramped back to the recent range highs. That’s an important signal about the type of strong hands that may be involved in NTRP shares at this point.

NTRP has also advanced two other Orphan Disease programs using Bryostatin. We are working with the Ichan School of Medicine at Mt. Sinai Hospital in New York to determine the efficacy of Bryostatin-1 for the treatment of Niemann Pick Disease, Type C.

In addition, we are also working with the FRAXA Research Foundation to help find a treatment for Fragile X Syndrome using Bryostatin-1. NTRP licensed the use of Bryostatin-1 for the treatment of Alzheimer’s Disease as well as other neurodegenerative diseases from the Blanchette Rockefeller Neuroscience Institute (BRNI).

To date NTRP has successfully completed a first Phase 2 study in moderate Alzheimers patients. We are now conducting a second Phase 2 study. NTRP has also teamed up with Stanford University to find the next generation Bryostatin Bryologs.

According to company materials, “Neurotrope is at the forefront of developing a novel therapy to treat and potentially reverse moderate to severe Alzheimer’s disease and other neurodegenerative diseases. The Company’s world-class science is a paradigm shifting approach that treats some of the underlying causes of Alzheimer’s disease.”

Find out when $NTRP stock reaches critical levels. Subscribe to OracleDispatch.com Right Now by entering your Email in the box below.

As noted above, the fate of this stock is going to come down to how the real-world data turns out when its science is put to the test. The scientific basis of NTRP’s treatment, according to materials, is activation of Protein Kinase C isozymes ε and α by bryostatin, a natural product, which in mouse Alzheimer’s disease models was demonstrated to result in repair of damaged synapses as well as synaptogenesis, the induction of new neuronal networks, reduction of toxic beta-amyloid generation, prevention of neuronal death, and enhancement of memory and learning, thus having the potential to improve cognition and behavior in Alzheimer’s disease.

The key here is this: Neurotrope is conducting a Phase 2 clinical trial of bryostatin in the treatment of moderate to severe Alzheimer’s disease, as well as preclinical studies of bryostatin-1 as a treatment for Fragile X Syndrome, Niemann-Pick Type C disease and Rett Syndrome, three rare genetic diseases for which only symptomatic treatments are currently available. The FDA has granted Orphan Drug Designation to Neurotrope for bryostatin-1 as a treatment for Fragile X Syndrome.  Bryostatin-1 has undergone testing in over 1,500 people, establishing a large safety database.

We’ve witnessed 87% added to share values of the stock over the past month of action, a rally that has pushed up against longer standing distributive pressure in the stock. Furthermore, the listing has registered increased average transaction volume recently, with the past month seeing a bit less than 460% above the average volume levels in play in this stock over the longer term.

This is particularly important due to the very limited float size in the stock (of 1.6M shares). It’s something the veterans know to key on: ramping trading activity can overwhelm available supply in a stock with this type of small float, leading to an upward burst in prices.

At this time, carrying a capital value in the market of $106.9M, NTRP has a significant war chest ($6.5M) of cash on the books, which stands against virtually no total current liabilities. The company is pre-revenue at this point, but the balance sheet suggests a scenario that will afford advantages along the way if the data turns out to be in line with hopes and plans. This is an exciting story, and we look forward to a follow-up chapter as events transpire. For continuing coverage on shares of $NTRP stock, as well as our other hot stock picks, sign up for our free newsletter today and get our next hot stock pick!