Groupon Inc (NASDAQ:GRPN) Pops Back Onto the Radar 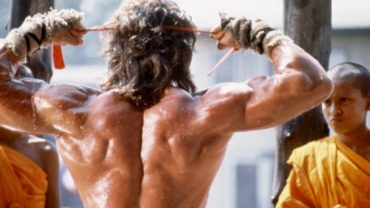 Arbor Realty Trust Inc. (ABR) shares are trading at lower $11.26 and the avg recommendation for the stock is Moderate Buy, while the current...
Read more
Wall Street Daily

Liberty Oilfield Services Inc. (LBRT) shares are trading at lower $6.65 and the avg recommendation for the stock is Moderate Buy, while the current...
Read more
Wall Street Daily

Steel Dynamics Inc. (STLD) shares are trading at lower $30.57 and the avg recommendation for the stock is Moderate Buy, while the current analyst...
Read more
Wall Street Daily

Canadian Solar Inc. (CSIQ) shares are trading at lower $37.99 and the avg recommendation for the stock is Moderate Buy, while the current analyst...
Read more

Groupon Inc (NASDAQ:GRPN) is a former momentum name that has been cycled well out of favor in recent years, but is trying to stage a comeback. The company has recently picked up a competitor at rock bottom prices and clearly beaten expectations in its recent quarterly report. However, there is still a fundamental issue that it may never fully get beyond: built-in margin-compressing competition from Google and Amazon.

As for its recent catalysts, in a year-end securities filing with the SEC, Groupon said it bought LivingSocial for “no consideration.” That means it paid virtually nothing for a top rival that once was valued around $6 billion. However, we would note that “nothing” was apparently the current market price for the company, so what true value it will add must be in question. Groupon’s revenue reported on Wednesday was nearly $935 million, topping estimates of $913 million. While net losses widened to $50.2 million, adjusted earnings per share of seven cents topped the three cents analysts on average had been expecting. That said, at bottom, the company is still losing money.

Groupon Inc (NASDAQ:GRPN) promulgates itself as a company operates online local commerce marketplaces that connect merchants to consumers by offering goods and services at a discount in North America, Europe, the Middle East, Africa, and internationally.

It also provides deals on products for which it acts as the merchant of record. The company offers deals in various categories, including food and drink, events and activities, beauty and spa, health and fitness, home and garden, and automotive; and deals on various product lines, such as electronics, sporting goods, jewelry, toys, household items, and apparel, as well as provides discounted and market rates for hotel, airfare, and package deals.

It offers its deal offerings to customers through Websites; search engines; and mobile applications and mobile browsers, which enable consumers to browse, purchase, manage, and redeem deals on their mobile devices, as well as sends emails to its subscribers with deal offerings that are targeted by location and personal preferences. The company was formerly known as ThePoint.com, Inc. and changed its name to Groupon, Inc. in October 2008.

The company was founded in 2008 and is headquartered in Chicago, Illinois. Groupon, Inc. is a subsidiary of The Point, LLC.

Find out when $GRPN stock reaches critical levels. Subscribe to OracleDispatch.com Right Now by entering your Email in the box below.

The problem for Groupon, in terms of its longer-term prospects as a growth concept, is that there is truly no barrier to entry.

Google and Amazon already have their own versions of the same type of group-coupon discount product. They don’t operate very aggressively because, with all three players in the space in every major metropolitan area, the profit margin is extremely low. If they weren’t involved and it was just Groupon operating exclusively, then the margins would widen considerably.

However, upon seeing the wide margins, Google and Amazon would simply get more aggressive. In other words, the market for the strategy is a self-negating feedback loop: the better it is, the worse it is. It’s a natural limit to the upside potential for GRPN, which is why the stock has been such a poor performer over the long-term. It seems extremely unlikely that this will change since consumers of this type of super discount market, by definition, are not going to show “brand loyalty”. They will simply make use of whichever deal gives them the biggest bargain.

And without the ability to control a market through branding, the odds of a growth in margins are non-existent. Hence, traders should look at GRPN shares as a permanent range trading function. Buy the deep discounts, but sell the rips. This appears to be a rip. It may not be done, but the ceiling isn’t too far above.

In terms of the action we have seen, the stock has moved 35% higher over the past month. That should come as no surprise – GRPN has a track record that includes a number of dramatic bounces. What’s more, the company has witnessed a pop in interest, as transaction volume levels have recently pushed exceeding 150% above the average volume levels in play in this stock over the longer term.

Earning a current market cap value of nearly $3 Billion, GRPN has a significant war chest ($891.8M) of cash on the books, which is balanced by over $1.2B in total current liabilities. GRPN is pulling in trailing 12-month revenues of $3.14B. In addition, the company is seeing very minor top line growth, with y/y quarterly revenues growing at 1.9%. This is an exciting story, and we look forward to a follow-up chapter as events transpire. For continuing coverage on shares of $GRPN stock, as well as our other hot stock picks, sign up for our free newsletter today and get our next hot stock pick!