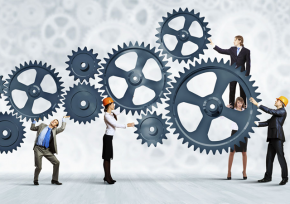 Genworth Financial Inc (NYSE:GNW) is a top U.S. insurer now on radar screens of many traders. Investors are beginning to take a closer look at U.S. insurance company Genworth Financial Inc. after several recent one-day moves that have pushed shares higher. GNW now sits up 4.46% YTD. On February 13, for example, shares of the company spiked 6.12%. There’s also been some action in the options market, as traders have observed some high implied volatility on the company’s $3.50 call options. So is GNW a stock that could see continued upward price action in the weeks ahead?

The news that’s helping move the company’s stock right now is an upcoming acquisition deal involving China Oceanwide Holdings. Back in late October, the Chinese company agreed to purchase Genworth Financial at a price of $5.43 per share, valuing the company at $2.7 billion. Since then, however, there have been some discouraging signs that the deal might be revalued all the way down to $3.43. (Which is why there’s so much focus on the $3.50 call options) Moreover, one equity analyst has predicted that shares of GNW could crater all the way to $1.20 if the deal falls through entirely.

Genworth Financial Inc (NYSE:GNW) shareholders are scheduled to vote on the deal on March 7. Assuming the deal gets the blessing of both U.S. and Chinese regulators, it would close in mid-2017. The question then becomes how the Chinese company plans to restructure Genworth’s core business lines.

Find out when $GNW stock reaches critical levels. Subscribe to OracleDispatch.com Right Now by entering your Email in the box below.

The one problem has been the surprisingly poor performance of Genworth’s universal life insurance unit. When the company last reported earnings, it announced $196 million in after-tax charges linked to this business unit. And the fear – whether unfounded or not –  is that there are more nasty surprises lurking within the company’s life insurance unit. In fact, Genworth itself announced that universal life insurance was being moved into “Runoff,” which basically means that these products are not being sold or promoted any more.

When GNW last reported earnings, it turned in a major earnings surprise for the quarter ended December 31, 2016. The company posted a negative EPS of $0.27, at a time when the consensus forecast was for EPS of $0.20. That’s an earnings “surprise factor” of -228.57%. Most of that can be attributed to the poor performance of the life insurance unit.

That being said, shares of Genworth Financial have traded within a narrow range of $3.91 to $4.10 recently. Over the most recent 52-week period, shares have traded as low as $1.83 and as high as $5.27. Shares currently sit at the $3.98 level, giving the company an implied stock market capitalization of $2.07 billion. Currently, institutional owners account for 72% of all shares owned.

Equity analysts have performed a “sum of the parts analysis” and determined that the company could be worth as much as $4.23 based on valuations of the different business units. So there’s obviously a number of different opinions out there as to how much the company is really worth.

Going forward, equity investors should keep a watchful eye on what’s happening in the options market. Investors should also look for signals from the Trump administration, which has been preaching a message of financial deregulation and giving signals that it would take a harder line on China.

The next big step will be the shareholder vote in early March. But even then China Oceanwide might decide to revise its bid. There’s a lot of upside ahead if the $5.43 bid gets approved, but that no longer seems as certain as it did just a few months ago. This could be a high-risk, high-reward play. For more information on Genworth Financial and other fast-moving penny stocks, please subscribe to OracleDispatch.com below.