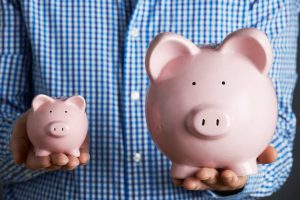 Future Farm Technologies Inc (OTCMKTS:AGSTF) is a penny play in the cannabis patch that basically “woke up” in Tuesday’s action. AGSTF stock powered nearly 50% on 12x average daily volume. The catalyst? The company announced that its subsidiary, FFM Consulting Services, LLC, a California limited liability company, has entered into a management agreement with a California non-profit company.

According to the release, the non-profit has secured a sub-license to legally manufacture cannabis oil using a non-volatile method compliant under the Medical Marijuana Regulation And Safety Act, in Southeastern Los Angeles County, California. In other words, AGSTF just got into the THC and CBD pure concentrate business. We can assure you, the company is not contemplating non-profit-hood by this announcement. Hence, the terms of the deal will likely be favorable.

Future Farm Technologies Inc (OTCMKTS:AGSTF) trumpets itself as a leading indoor plant growth technology company specializing in LED lighting and vertical farming solutions. AGT’s business model includes developing and acquiring technologies that will further its position as a leader in the evolving Controlled Environment Agriculture (CEA) market for the global production of various types of plants.

The Company holds a worldwide license to use a patented vertical farming technology that, when compared to traditional plant production methods, generate yields up to 10 times greater per square foot of land. The contained system provides many other benefits including seed to sale security, scalability, consistency due to year-round production, cost control, product safety and purity by eliminating environmental variability.

The Company’s business model includes developing and acquiring technologies that will position it as a leader in the evolution of Controlled Environment Agriculture (CEA) for the global production of various types of plants. Arcturus provides scalable, indoor CEA systems that utilize minimal land, water and energy regardless of climate, location or time of year and are customized to grow an abundance of crops close to consumers, therefore minimizing food miles and its impact to the environment.

The Company holds an exclusive, worldwide license to use a patented vertical farming technology that, when compared to traditional plant production methods, generate yields up to 10 times greater per square foot of land. The contained system provides many other benefits including seed to sale security, scalability, consistency due to year-round production, cost control, product safety and purity by eliminating environmental variability.

The Company is also in the business of designing and distributing LED lighting solutions utilizing the COB and MCOB technology. The Company is focused on delivering cost efficient lighting to North America via advanced e-commerce sites the Company owns and operates. LEDCanada.com which caters to B2B customers is a supplier of the newest and highest demand LED solutions. The Company also owns and operates COBGrowlights.com which caters to both large and small agriculture greenhouses and controlled cultivation centers.

Find out when AGSTF stock reaches critical levels. Subscribe to OracleDispatch.com Right Now by entering your Email in the box below.

As noted above, the company just inked a deal with CA non-profit that has compliance papers in place to produce in the space. According to the release, the non-profit will produce highly pure cannabis concentrates to supply California’s medical marijuana patients’ rapidly growing demand for both THC and CBD oil. The company will also focus on increasing inventory and capacity as California prepares to create a market for legal recreational cannabis. FFM Consulting Services, LLC, which is majority owned by Future Farm Technologies, will manage the new state-of-the-art extraction facility.

“We’re thrilled to have reached this major milestone for our emerging company and excited to have the opportunity to manage this extraction facility as it allows us to showcase our ability to expertly manage the production of consistent and pure concentrates,” said Bill Gildea CEO of Future Farm Technologies.

As we know, cannabis concentrates and edibles are the largest and fastest growing segments of the cannabis market. The market is accelerating as consumers become more educated on the various oil infused products that can be produced, as well as how well they work. As consumers become more educated, they grow more interested in using oil as a flower alternative. Hence, pot going mainstream will be a process that changes many assumptions along the way. For traders in the space, you need to be flexible.

The chart shows a bit less than 120% tacked on to share pricing for the company in the past month, a rally that has pushed up against longer standing distributive pressure in the stock. However, AGSTF stock has evidenced sudden upward volatility on many prior occasions. What’s more, the company has registered increased average transaction volume recently, with the past month seeing topping 260% beyond what we have been seeing over the larger time frame.

This is particularly important with the stock trading on a float that is relatively small at just 15.9M shares. This type of thing is something to watch out for: a mechanically driven price squeeze can result from this type of mix of small float and ramping attention from traders. Since we last covered the name, the stock has moved 50.7% higher.

Earning a current market cap value of $20.2M, AGSTF has a chunk ($918K) of cash on the books, which is balanced by about $102K in total current liabilities. AGSTF is pulling in trailing 12-month revenues of $146K. In addition, the company is seeing recent top line growth, with sequential quarterly revenues growing at 463.7%. We will update the story again soon as further details emerge. For continuing coverage on shares of AGSTF stock, as well as our other hot stock picks, sign up for our free newsletter today and get our next hot stock pick!