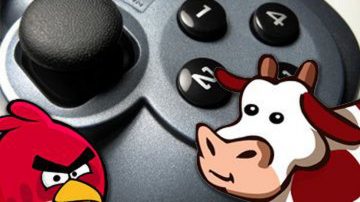 Zynga Inc (NASDAQ:ZNGA) is a mid cap stock looking to ride the next big wave of social gaming. Despite growing competition from other mobile and social gaming operators – most notably Glu Mobile, Electronic Arts and Nintendo – Zynga is still the acknowledged market leader when it comes to developing, marketing and operating social games. These games are operated as live services played on mobile platforms, including iOS, Android and social networks such as Facebook.

Through the first two months of 2017, investors appear to be readjusting their expectations for the mobile and social gaming industries. Shares of San Francisco-based Zynga Inc. (NASDAQ:ZNGA) are up 5.06% YTD, and 6.27% in just the past month.

Find out when ZNGA stock reaches critical levels. Subscribe to OracleDispatch.com Right Now by entering your Email in the box below.

The real question, though, is: How do investors value the company going forward? On one hand, you can think of Zynga as a leading-edge technology company, which is involved in creating innovative digital and mobile platforms. On the other hand, though, you can think of Zynga the same way you would an entertainment studio that cranks out film after film: you’re only as good as your last film.

And that’s why investors are keeping a close eye on two of the company’s most recent games – CSR Racing 2 and Dawn of Titans. Both were released in the second half of 2016, and according to Zynga, are still too recent to have had much of an impact on the company’s bottom line.

Right now, Wall Street analysts are mixed on the prospects of the company. The one-year consensus price target for ZNGA stock is $3.20-$3.30, which includes a high forecast of $5.00 and a low forecast of $2.50.

The most recent catalyst for the company’s stock was the release of 4Q earnings on February 9th. Overall, the results were mixed. On the one hand, mobile revenues were up 20% y/y to $155M and average mobile daily users were up 5% y/y to 16M. On the other hand, however, advertising and other revenue was down nearly 10% y/y to $51M.

The results were particularly disappointing because, heading into the release of the numbers in early February, ZNGA was already underperforming the broader gaming industry. Thus, the company had to do more than just match investor expectations in February – it had to beat them soundly.

Overall, it’s clear that ZNGA has a lot going for it in terms of a built-in user base and a knowledge of how to create highly popular games. It’s already the world’s largest social games developer, and has perfected the art of creating free games with lots of in-app purchases (just think of FarmVille).

But there’s just one issue here – Nintendo turned the world on its head in 2016 with the release of Pokemon GO. Essentially, Nintendo made a bold call that the future of mobile gaming wasn’t going to be games like Words With Friends (from Zynga) – it was going to be massively multi-player entertainment experiences like Pokemon GO.

As a result, expect more of the “Where is Zynga headed?”-type articles in 2017. The first clue as to how to answer that question could come from Dawn of Titans, which was released over the winter holidays. If that game is another smash hit for ZNGA, then investors are going to feel a lot more comfortable about piling into the company’s stock over the next few months. For more details on ZNGA stock and other fast-moving penny stocks, please subscribe to OracleDispatch.com below.