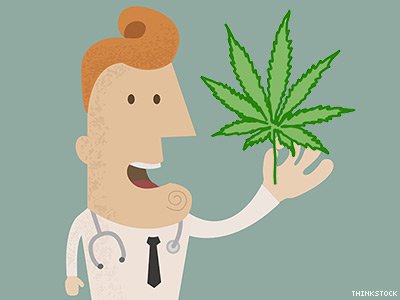 Cannabics Pharmaceuticals Inc (OTCMKTS:CNBX) is a penny player in the cannabis patch that has been on everyone’s screens of late. CNBX stock has been riding the volatility roller coaster in both directions in recent weeks, with last week featuring a dramatic pullback after a skyscraping squeeze. Cannabics has finally come out and commented on the action, and we think their communication is quite revealing in a number of ways about the way the company sees itself at this stage.

According to their release, the company believes that its planned commercialization of its Liquid Biopsy Diagnostic tests “as announced in our Press Release of February 6th, 2017, contributed to the recent increased activity. As stated in that release, the Company is on track to begin testing patients beginning in March. Cannabics believes the rapidly increasing awareness and interest in companies operating in the field of cannabinoid based biotechnology has simply created heightened demand.”

Cannabics Pharmaceuticals Inc (OTCMKTS:CNBX) promulgates itself as a company that engages in the research, development, licensing, and marketing of cannabinoid-based treatments and therapies. The company focuses on developing therapies and biotechnological tools for the relief from various ailments that respond to active ingredients sourced from the cannabis plant.

According to company materials, “Cannabics Pharmaceuticals Inc. (CNBX), a U.S based public company, is dedicated to the development of Personalized Anti-Cancer and Palliative treatments. The Company’s R&D is based in Israel, where it is licensed by the Ministry of Health for its work in both scientific and clinical research. The Company’s focus is on harnessing the therapeutic properties of natural Cannabinoid formulations and diagnostics. Cannabics’ vision is to create individually tailored natural therapies for cancer patients, utilizing advanced screening systems and personalized bioinformatics tools.”

As noted above, the company issued a press release commenting on the stock’s increased trading activity and volatility. As per usual in this type of corporate communication, there was a message-nod to regulatory issues:

Itamar Borochov, CEO of Cannabics Pharmaceuticals, says “We are very aware of the increased interest in our science and its apparent results in the marketplace. I wish to reiterate that there is neither any undisclosed material information available nor any paid promotional activity or Investor Relations for the Company at all. The sole source of the Company’s public information has been press releases which we, the Company, authorize and release ourselves and may be found under “News” on OTC Markets site or on our Website.”

We’ve witnessed nearly 310% piled on for shareholders of the listing during the trailing month. The situation may be worth watching, given the sharp pullback in recent days. CNBX has evidenced sudden upward volatility on many prior occasions. Moreover, the listing has benefitted from a jump in recent trading volume to the tune of exceeding 530% above its longer run average levels.

Traders should note this as important due to the limited float size in the stock (barely over 25.8M shares). It’s something the veterans know to key on: with such a tight trading float, this kind of ramping interest can force a supply-shock squeeze. Since we last covered the name, the stock has moved -25.5% lower.

Now commanding a market cap of $340.1M, CNBX has a bankroll ($278K) of cash on the books, which stands against virtually no total current liabilities. CNBX is pulling in trailing 12-month revenues of $113K. However, the company is seeing recent declines on the top line on a sequential quarterly basis, with revenues falling to zero in its latest reporting period. However, this is currently an R&D story, not a sales story, so we continue to see an interesting set of possibilities here and will update the narrative again soon as further details emerge. For continuing coverage on shares of $CNBX stock, as well as our other hot stock picks, sign up for our free newsletter today and get our next hot stock pick!