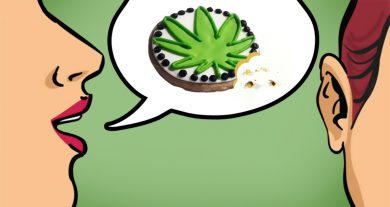 Rising India Inc (OTCMKTS:RSII) is a recently sub-penny stock that has become the latest example of the wonders of transitioning into the cannabis space. The company recently announced an agenda to target opportunities in the cannabis industry, and that it was in active negotiations “to reach a Letter of Intent with business operators that are currently active in the cannabis industry.” Just afterwards, investors were informed of a reverse merger with Rising BioSciences, Inc., thus wholly replacing the company and management team behind the RSII ticker with a medical cannabis player.

In response, the market plowed the ticker higher in stunning fashion. The chart shows better than 1800% tacked on to share pricing for the stock in the past month. Moreover, the name has benefitted from a jump in recent trading volume to the tune of just under 460% beyond what we have been seeing over the larger time frame.

Rising India Inc (OTCMKTS:RSII) had been trumpeting itself as “a publicly traded United States company that seeks to accelerate growth through possible joint ventures, mergers, and/or new acquisitions pertaining to development and deployment of media.” The company actually incorporated on April 29, 1998, as a media holding company – an animation company working to develop and market various international media projects.

The Company has announced acquisitions, joint-ventures and/or mergers with operating film and media operations pertaining to support and transactional businesses within the film and media industry.

Recently, as noted above the company entered into the cannabis industry wholly and completely via a reverse merger with Rising BioSciences, Inc., which is now the company in charge of the RSII ticker.

In addition, the company’s website notes their continued interest in developing independent living, assisted living and memory center communities. However, we suspect that this is not an updated concept outline for Rising India in any regard.

Find out when $RSII stock reaches critical levels. Subscribe to OracleDispatch.com Right Now by entering your Email in the box below.

Ahead of the agreement, investors got a strong hint of what was to come:

“Our team has met with business operators that have real experience and expertise in multiple states and several business verticals within the cannabis industry,” commented Management. “The business focus will center on working with physicians and pharmacists groups on the Research and Development of new, cutting edge treatments within the medical cannabis industry. Shareholders are encouraged to stay tuned to upcoming press releases and social media updates, where a detailed plan for RSII’s entrance into this sector will be outlined.”

That release also made a strong case for that direction. “Approximately 24 states have legalized Medical Cannabis use and 8 states have legalized recreational use. In California alone, current revenue estimates for the California cannabis industry are projected to increase to over $6.5 billion in 2020, creating a compelling opportunity for RSII’s shareholders,” concluded the company.

California medical and recreational industry is projected to reach $6.5 billion in revenue by 2020, up from $2.8 billion in 2015. The nation’s legal cannabis industry is expected to climb to $23 billion in 2020, up from $5.7 billion in 2015. The state of Colorado recently reported 2016 revenues of $1.3 billion and tax revenues of $200 million. Recently, 27 US congressmen, both Republican and Democrat, have introduced a new law known as, “Respect the State Marijuana Laws Act,” prohibiting federal prosecution for business in compliance with state law. This bill would provide formal legislation of the current US policy.

In announcing the merger move, Jim DiPrima (RSII now-former CEO) agreed to resign, making way for the appointment of Robert Weber, who also serves as CEO for PAO Group, listed on the OTC Markets as New Wave Holdings (NWAV). Weber commented on the move in the release.

“I feel we have some very favorable circumstances here,” states Weber. “There are a number of opportunities in development and marketing of cannabis pharmaceuticals that are synergistic with our endeavors at PAO Group and beyond. Rising Biosciences plans to capitalize on these opportunities toward an assertive growth plan for shareholders alongside a highly expansive business model.”

Now commanding a market cap of $5.2M, Rising India has virtually no cash on the books, which is balanced by about $815K in total current liabilities. One should also note that debt has been growing over recent quarters. RSII is pulling in trailing 12-month revenues of $97K. However, the company is seeing recent declines on the top line on a sequential quarterly basis, with revenues falling at -32.2% as of its latest reporting period. Naturally, these all represent very backward-looking, stale data points given the shift in operational bearing. We will update the story again soon as developments transpire. For continuing coverage on shares of $RSII stock, as well as our other hot stock picks, sign up for our free newsletter today and get our next hot stock pick!