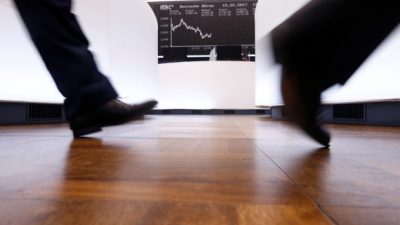 KIRKLAND LAKE GOLD COM NPV (OTCMKTS:KLGDF) is a penny stock that has been outperforming the junior gold mining space for the better part of the past 6 months. It has also helped that gold prices have provided a strong tailwind so far this year, as hedging for both growing EU default risk and increased inflation concerns drive prices higher. However, the stock took a hit on Monday after they announced preliminary operating costs and All-In Sustaining Costs for the full year and the fourth quarter of 2016.

According to the release, the data they put out was forewarned as “unaudited and subject to finalization.” The company also noted that the final numbers would be available when the Company releases its 2016 audited financial and operational results on March 29, 2017. The big takeaway on volume and average pricing may be why we saw some weakness as cost trends were an improvement y/y. But first, let’s reacquaint ourselves with this company.

The Company is focused on creating substantial shareholder value by maintaining strong foundation of quality gold production, over 200,000 ounces annually, generating free cash flow and maintaining a large resource base as it executes a clearly defined gold asset consolidation strategy.

KLGDF is focused on sustainable operating performance, a disciplined approach to growth, and building gold reserves and resources while maintaining the high standards that its core values represent.

According to company materials, “Kirkland Lake Gold Ltd (KL Gold) is a mid-tier gold producer targeting +500,000 ounces in tier 1 mining jurisdictions of Canada and Australia. The production profile of the Company is anchored from two high-grade, low-cost operations including the Macassa Mine Complex located in northeastern Ontario and the Fosterville Gold Mine located in the state of Victoria, Australia. KL Gold’s solid base of quality assets is complemented by development and district scale exploration projects, supported by a strong financial position with extensive management and operational expertise.”

Find out when $KLGDF Stock reaches critical levels. Subscribe to OracleDispatch.com Right Now by entering your Email in the box below.

As noted above, Kirkland Lake Gold just released prelim numbers on 2016 in an unaudited form, and the stock took a 10% hit in reaction. The move came on a day when gold traded mostly higher.

Gold sales of 329,489 ounces at an average realized price of $1,235 per ounce. This represents a soft pricing and is explained by the fact that they went to market with a disproportionate share of sales in Q4, which was gold’s weakest quarter of the year.

Tony Makuch, President and CEO of KL Gold stated: “2016 was a transformational year for KL Gold. Three highly complementary mining companies with a shared vision merged to create a new diversified mid-tier gold producer. During the fourth quarter and since completing the business combination with Newmarket Gold, we realized record low operating costs from both the Macassa and Fosterville Gold Mines of $415 per ounce and $420 per ounce respectively. These are remarkable achievements, highlighting KL Gold’s ability to provide investors with significant free cash flow generation from our cornerstone assets. In addition, I am very pleased to report record production and 2016 operating costs and AISC considerably below guidance, a testament to the world-class potential of our flagship operations with grade improving at depth.”

“Looking ahead, we are on track to report updated Mineral Reserves and Resources estimates during this quarter, and are excited about the prospects of our aggressive 2017 exploration drilling program of $45 – $55 million. The 2017 guidance reflects our disciplined approach for achievable and sustainable results. Our goal is to deliver on our production and cost guidance and create value for our shareholders.”

Now commanding a market cap of $1.4B, Kirkland Lake Gold has a mountain of cash on the books ($82M), which must be weighed relative to about $45M in total current liabilities. KLGDF is pulling in trailing 12-month revenues of $171.6M. As more color becomes clear on the name, we will review the situation and update our take. For continuing coverage on shares of $KLGDF stock, as well as our other hot stock picks, sign up for our free newsletter today and get our next hot stock pick!