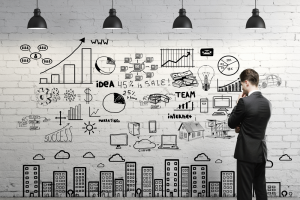 Newgen Concepts Inc (OTCMKTS:VPOR) is a new entity. The ticker used to reference “Vapor Group”, in the business of “designing, developing, manufacturing and marketing nationwide high quality, vaporizers and e-cigarette brands and specially formulated, high purity e-liquids either with or without nicotine.” Now, this penny stock company is an IP development and branding outfit. VPOR is out of the gates with two clear product lines: an herb grinder (for weed), and “simple cork”, which is meant to outcompete traditional corking in large wine producing segments.

The ticker has exploded higher on the news. Traders will note 250% piled on for shareholders of the stock during the trailing month. Furthermore, the listing has registered increased average transaction volume recently, with the past month seeing just under 430% above the average volume levels in play in this stock over the longer term.

It was formerly Vapor Group.

According to company materials, “We were formed in 2016 to acquire, develop and capitalize on a portfolio of commercially viable intellectual property, protected under U.S. and international patent and trademark law. Based on this IP portfolio, our strategic intent is to develop a portfolio of proprietary products and services to market, license and sell globally.

We are proud to introduce to you our first new product being developed from this patent portfolio, “Simple Cork”, www.simplecork.com, designed to revolutionize the packaging of wine by providing a new level of customer convenience. The U.S. and worldwide wine industry consumes billions of corks yearly, a sizeable portion of which can be replaced by Simple Cork which provides broad consumer benefits and a unique marketing edge to wineries. Initial target markets are the U.S. and major wine-producing European countries, France and Italy. Related to Simple Cork, NewGen Concepts plans additional multiple, foreign patent filings in 2016 and 2017, as well as the addition of new patents and intellectual property for related products and technologies.”

Find out when $VPOR stock reaches critical levels. Subscribe to OracleDispatch.com Right Now by entering your Email in the box below.

The stock’s momentum can be traced to three concepts:

First, Newgen is extremely busy on the wires, with new press releases every few days and lots of direct company promotion of itself and its products – that’s a good thing. If you own shares of something, you want them out there telling the world how awesome they are, as long as it is done with some class. These guys seem to get that game.

Second, the company came out and dispelled fears of dilution, and went so far as to declare that they won’t be diluting any further: “For the record, the Company has not issued any common stock in 2017, nor has it in all of 2016. We have “held the line” on allowing debt conversions, and have maintained the same quantity of issued and outstanding common stock for this long period of time. What quantity of shares is trading today in the market is the same as has been trading in the market since 2015….For the foreseeable future, we do not expect to issue any new shares into the marketplace… Businesswise, we are a re-invented company. For 2017, we are committed to continue to grow revenues and drive shareholder value. In the coming months, I will provide you with further updates on the substantial progress that we are making.

And third, as far as products, VPOR just reported that “its initial production run of Easy Grinder scheduled to produce 20,000 units which will produce over $1,000,000 in gross revenue is sold out due to exceedingly strong retail and reseller pre-orders and reservations. Online demand is increasing daily and wholesale distribution requests are now arriving from resellers in Europe.

According to the release, the Company believes that such international demand for Easy Grinder is just beginning and will become a significant driver of 2017 revenues and profits.

“Total Vapor Inc., the Company’s subsidiary and the worldwide distributor of Easy Grinder, will begin customer deliveries by the end of March.”

At this time, carrying a capital value in the market of $22.6M, Newgen financials all refer to the prior company, so we don’t know much about NewGen. That said, you can bet we will update this one again as new information comes into view. For continuing coverage on shares of $VPOR stock, as well as our other hot stock picks, sign up for our free newsletter today and get our next hot stock pick!