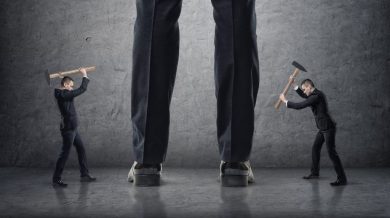 Easton Pharmaceuticals Inc (OTCMKTS:EAPH) is a penny player in the diversified healthcare space that has been correcting sharply in recent action after a powerful run higher to start the year. The company’s recent announcement is quite interesting, when examined from a strategic point of view. EAPH just came out and informed the world that it has closed on an interim financing facility up to $2,000,000, and apparently has access to that capital going forward.

According to the release, “This facility also provides for an additional commitment of funds depending upon the company’s requirements. Terms of the facility are in the form of a loan, convertible to restricted common shares of Easton stock. Easton intends to use the funds to complete various acquisition targets of revenue generating companies that are strategic in the company’s growth plan which includes possibly expanding its licensed products and the utilization of a possible sales force for further sales in Mexico, Central and Latin America.” We will get into some further details momentarily, but let’s first step back and consider the company more broadly.

Now, let’s turn back to the financing announcement. As with so many similar stories in the micro-cap space, such deals are inherently double-edged swords.

From one perspective, if the company is going to make a bona fide assault on growth and expansion, and has an executive team with the chops to nail down a high ROI, and is pursuing a line of strategy that inherently provides for that, then this is a great deal. Otherwise, it’s just an early announcement of coming dilution.

Now, there are some irons in the fire for EAPH, and it has a pipeline of assets, so capital is not necessarily just going to burn a hole in the value pocket for current shareholders. And so it’s not surprising to hear such a message play out from the management.

Evan Karras, CEO of Easton Pharmaceuticals, stated, “The financing facility is an important step to move the company forward allowing us to finalize some potentially lucrative acquisition(s) / joint ventures which includes a possible expansion of our licensed products and future sales force in Mexico, Central and Latin America as part of our strategic growth plans.” Mr. Karras further commented, “We are optimistic with our recent ‘Gynofit’ product launch through our distribution partners Gedeon Richter and their Mexican subsidiary company, which would complement the anticipated closing of iBliss and their growing international sales of vaporizers, e-liquids and medical marijuana initiatives as drivers of success for 2017 and well into the future for Easton Pharmaceuticals.”

But the stock took it rather poorly, when you note the open-to-close dynamic (down about 17% during RTH). That suggests the market isn’t going to give this team the benefit of the down at current valuations without something more like sales growth or product traction for the time being.

Now, one twist to the story that might make this more interesting would be a quick follow-on announcement that this capital was put to use to financially close its iBliss acquisition — or some other major equity interest by the company in a legit cannabis play. It seems like everyone is making that pivot these days. And that might convince the market that the ROI on the converts would be worth the eventual dilution.

Overall, traders will note nearly -20% carved out of shares of the stock during the past week. Market participants may want to pay attention to this stock. EAPH has a track record that includes a number of dramatic bounces. Furthermore, the company has seen a jump in recent trading volume to the tune of 61% over what the stock has registered over the longer term.

Currently trading at a market capitalization of $28M, EAPH has virtually no cash on the books, which stands against about $115K in total current liabilities. One should also note that debt has been growing over recent quarters. The company is pre-revenue at this point. We will update the story again soon as further details emerge. For continuing coverage on shares of $EAPH stock, as well as our other hot stock picks, sign up for our free newsletter today and get our next hot stock pick!