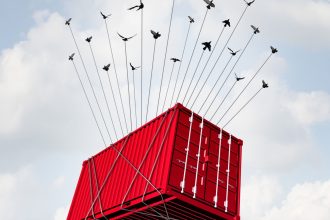 Equinor ASA (EQNR) shares are trading at lower $14.10 and the avg recommendation for the stock is Strong Buy, while the current analyst price...
Read more
Sector News

Gogo Inc. (GOGO) shares are trading at lower $9.70 and the avg recommendation for the stock is Moderate Buy, while the current analyst price...
Read more
Sector News

Thermo Fisher Scientific Inc. (TMO) shares are trading at higher $468.76 and the avg recommendation for the stock is Strong Buy, while the current...
Read more
Sector News

Pan American Silver Corp. (PAAS) shares are trading at higher $34.16 and the avg recommendation for the stock is Moderate Buy, while the current...
Read more

Iconic Brands Inc (OTCMKTS:ICNB) is a micro-cap name that became an overnight sensation on the OTC back in December. The company pivoted into a new brand (Bellissima Prosecco) and saw a wild finish to the last 8 weeks of 2016 (an initial sales cycle) with sales nearing 7,000 cases. Since then, we saw an extension higher and then some more toppy feeling action in February. The question now is, where next?

The company just hit the market with a new announcement on a coming push for exposure: the Company has retained the Circadian Group to provide Investor Relation Services, Social Media Outreach as well develop the corporate website, www.iconicbrandsusa.com. Will that bring back the juice? So far, the answer is no. But, to be fair, nothing goes only one way. And at present levels, the stock is still up over 3,000% of its December lows.

Iconic Brands Inc (OTCMKTS:ICNB) bills itself as a company that produces wines. The company is based in Amityville, New York.

According to company materials, “Iconic Brands Inc. (“Iconic”) is a beverage company with the highest expertise of developing, from inception to completion, alcoholic beverages for itself and third parties. Iconic Brands markets and places products into national distribution through long standing industry relationships. Iconic is also a leader in “Celebrity Branding” of beverages, procuring superior and unique products from around the world and branding its products with internationally recognized celebrities. Currently offering Bivi Vodka, www.BiviVodka.com and Bellissima Prosecco, www.BellissimaProsecco.com.”

Find out when $ICNB Stock reaches critical levels. Subscribe to OracleDispatch.com Right Now by entering your Email in the box below.

The reason given for the hiring of an investor relations group is almost too funny to imagine that it was typed with a straight face: “As the company has grown the number of shareholder inquires has become overwhelming to manage. In fairness to our shareholders it is appropriate and timely to bring in a professional team to communicate with the shareholder base, as well as increase our social media and web presence.”

In other words, they hired a team meant to increase exposure and shareholder interest because they were too overwhelmed with investor interest. Clever. I would imagine that paragraph was the first work done by the new group.

Mr. Ryan Troup stated, “These are certainly exciting times for Iconic Brands and we are thrilled to be a part of it. During periods of rapid growth it is very important management spend the majority of their time focused on continuing to grow the company. It is clear to us that the CEO Richard DeCicco and his team are dedicated to creating shareholder value. Circadian Group will look to reinforce management’s core values and assist in telling their story while maintaining clear and open lines of communication for all ICNB shareholders.”

As previously announced in January, the Bellissima Prosecco brand launched in 10 States; as we’ve entered our second phase of expansion, the company is pleased to announce the brand is now approved in 29 States and has already shipped in 15 States, including an initial order today for 620 cases as an opening order to the Tennessee market. We imminently expect purchase orders from our wholesalers in the remaining 14 states. Additionally, the company has begun negotiations with several parties as it relates to introducing Bellissima in certain International Markets.

According to Mr Market, the company is worth about $13.9M at present. As far as the balance sheet is concerned, ICNB has virtually no cash on hand, and a mini mountain of debt ($892K in current liabilities). And that debt pile has been stacking higher in recent quarters.

We get the sense that the next data to get reported to the market out of the company HQ will have enormous informational gravity, because we will get to see just what type of dent the new brand is going to be able to make in that mountain.

ICNB hasn’t made much of anything in prior reports. But the story here is all about the future. The Bellissima Prosecco brand launched in 10 States first. But the company has now entered a second phase of expansion according to the release. The brand is apparently now approved in 29 States and has already shipped in 15. You can bet we will update this one again as new information comes into view. For continuing coverage on shares of $ICNB stock, as well as our other hot stock picks, sign up for our free newsletter today and get our next hot stock pick!

SSR Mining Inc. (SSRM) shares are trading at higher $19.90 and the avg recommendation for the stock is Moderate Buy, while the current analyst...
Read more
Opinion

Ironwood Pharmaceuticals Inc. (IRWD) shares are trading at lower $9.05 and the avg recommendation for the stock is Moderate Buy, while the current analyst...
Read more
Investing

Northern Trust Corporation (NTRS) shares are trading at higher $85.77 and the avg recommendation for the stock is Moderate Buy, while the current analyst...
Read more
Wall Street Daily

Honeywell International Inc. (NYSE:HON) on the Path to Ruin

Honeywell International Inc. (HON) shares are trading at lower $172.87 and the avg recommendation for the stock is Moderate Buy, while the current analyst...
Read more
Sector News

Is Now the Time to Invest in TherapeuticsMD Inc. (NASDAQ:TXMD)?

TherapeuticsMD Inc. (TXMD) shares are trading at lower $1.57 and the avg recommendation for the stock is Moderate Buy. To add more color to...
Read more
ORACLEDISPATCH