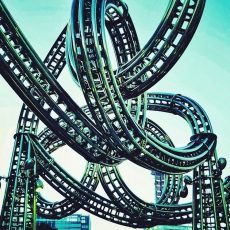 Ocera Therapeutics Inc (NASDAQ:OCRX) is a micro-cap biopharmaceutical stock on a wild rollercoaster ride of late. What a long, strange trip it’s been for Palo Alto-based Ocera Therapeutics Inc. (NASDAQ: OCRX) over the past year. Almost exactly a year ago, shares of the company were trading at a high of $3.75 and the future looked bright. Then, shares proceeded to fall off a cliff over the next 12 months, finally touching a low of $0.52 on February 7.

So what’s going on with Ocera Therapeutics? Is the stock headed way up or way down?

Find out when $OCRX stock reaches critical levels. Subscribe to OracleDispatch.com Right Now by entering your Email in the box below.

That’s exactly what’s happening in 2017. Earlier in the year, the company reported disappointing results for its Phase 2B clinical trial, suggesting that its OCR-002 treatment did not perform any better than a placebo. But then on March 7, the company announced that it would be releasing data showing that OCR-002 was actually lowering ammonia levels of patients in clinical trials, and that those results were statistically significant.

The data to focus on involves the ammonia levels of patients in the clinical trials. Why? Well, what happens in HE cases is that toxins build up in the blood, and that leads to elevated ammonia levels. The more ammonia that is in the blood, the higher the risk of mental changes, including impaired motor skills, disorientation and, in the worst-case scenarios, coma and death.

Moreover, Ocera Therapeutics also announced that the new data would make it possible to move forward with a plan to start a Phase 3 late-stage study with input from the FDA. That would be huge for Ocera, since it would mean that it was one step closer to getting a treatment approved by the FDA for a medical condition that affects 1.5 million Americans.

Even if the Phase 2B trial in the U.S. runs into a few snags, there’s a backup option: a Phase 2A sponsor-investigated trial for OCR-002 taking place in Spain. In that trial, the company is looking into the ability to stop upper gastrointestinal bleeding resulting from liver cirrhosis. More generally, Ocera Therapeutics is looking into the treatment of acute and chronic orphan liver diseases.

If you’re an investor, it’s time to finally make up your mind of whether or not you have confidence in the ability of the California-based Ocera to develop and commercialize OCR-002 (ornithine phenylacetate). That’s a decision that you need to make, not based on the latest quarterly earnings reports or various technical indicators, but on the ability of the company to bring a world-changing drug to market.

We still don’t have a real clear view of what’s going to happen next, but it’s clear that investors are starting to regain hope. If you can stomach the risk, then this is a rollercoaster stock it might be worth checking out. For more news on Ocera Therapeutics (NASDAQ:OCRX) and other fast-moving penny stocks, please subscribe to OracleDispatch.com below.