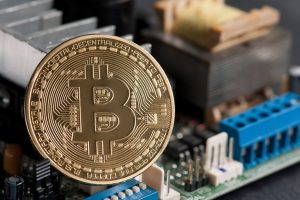 Teladoc Health Inc. (TDOC) shares are trading at higher $226.94 and the avg recommendation for the stock is Moderate Buy, while the current analyst...
Read more
Sector News

XPeng Inc. (XPEV) shares are trading at lower $19.02 and the avg recommendation for the stock is Strong Buy, while the current analyst price...
Read more

MGT Capital Investments Inc (OTCMKTS:MGTI) is a penny play pivot that has recently overhauled itself from the ground up. The company is now the project of one John McAfee — the eccentric former (and potentially, future?) superstar of the cyber security market. MGTI stock has shown some very interesting action of late, particularly any time the stock is testing the bid in the $0.70/share region on the chart. The depth of interest there has been extremely sturdy, and may indicate something about what so-called smart money wants to do with the stock.

As far as recent announcements, two stand out. First, the company announced that its Bitcoin Mining Pool is scheduled to be fully available to the Bitcoin network early in the second quarter of 2017. The stock has shown a powerful reaction that looks to be driven mostly by this announcement. In following days, the company also came out with news that it has wrapped up its merger process regarding a 46% equity interest in Demonsaw LLC. We will cover some details below, but first, let’s refresh ourselves with this company.

MGT Capital Investments Inc (OTCMKTS:MGTI), as noted above, is in the process of acquiring a diverse portfolio of cyber security technologies and ramping up its Bitcoin mining operations in the state of Washington.

In terms of the Bitcoin announcement, John McAfee, Chief Executive Officer and Executive Chairman of MGT stated, “Our mining pool is a natural outgrowth of our investment in Blockchain technology as a foundation for future cybersecurity products. Large and respected Bitcoin mining operators will rapidly take over the enormous transaction processing requirements necessary for all companies to secure themselves in the near future. As a publicly-traded company, MGT leverages our unique opportunity to provide investors with a suitable proxy to participate in the profitable bitcoin mining space.”

As noted above, the company recently concluded its negotiations on the details of its interest in D-Vasive and Demonsaw. As far as we can see, the resolution of this capital allocation is the defining act in the play that has taken shape since McAfee joined the fray at MGT.

As previously disclosed, MGT had entered into a revised asset purchase agreement to acquire D-Vasive, Inc., a maker of mobile communications privacy applications. As contemplated in this agreement, D-Vasive would have acquired Demonsaw, with MGT owning both companies. Despite stockholder approval in September, the entire transaction terminated because the critical condition of closing – approval by NYSE MKT – was not met. In recent months, MGT has tried without success to reach agreement among the various stakeholders of D-Vasive and Demonsaw with renegotiated terms.

So, rather than continue to mess with the complexity, the company has simply made a 46% equity interest investment in Demonsaw.

John McAfee, Executive Chairman of MGT stated, “Demonsaw is developing what might ultimately become Internet 2.0 and MGT will participate in this exciting market. We look forward to sharing in the success of Eijah’s forward thinking leadership.”

Recent action has seen 62% piled on for shareholders of the listing during the trailing week, but this action is running counter to the larger trend in the name. This is emblematic of the stock. MGTI has a history of dramatic rallies.

In addition, MGTI stock has benefitted from a jump in recent trading volume to the tune of just under 210% over what the stock has registered over the longer term. It pays to take note of this fact given the stock’s limited trading float of under 26M shares.

This type of thing is something to watch out for: a restricted trading float and a jump in trading volume can crimp supply and push share prices higher. Since we last covered the name, MGTI stock has moved 18.5%.

MGT Capital has a stash ($2.2M) of cash on the books, which is balanced by virtually no total current liabilities. The company is pulling in trailing 12-month revenues of $53K. However, the company is seeing declines on the top line on a quarterly y/y basis, with revenues falling at -41.1%. This may be a very interesting story and we will look forward to updating it again soon. For continuing coverage on shares of MGTI stock, as well as our other hot stock picks, sign up for our free newsletter today and get our next hot stock pick!

Playa Hotels & Resorts N.V. (PLYA) shares are trading at lower $3.93 and the avg recommendation for the stock is Moderate Buy, while the...
Read more
Wall Street Daily

Advaxis Inc. (ADXS) shares are trading at lower $0.36 and the avg recommendation for the stock is Moderate Buy. To add more color to...
Read more
Sector News

Adamis Pharmaceuticals Corporation (ADMP) shares are trading at lower $0.71 and the avg recommendation for the stock is Moderate Buy, while the current analyst...
Read more
Opinion

Umpqua Holdings Corporation (UMPQ) shares are trading at lower $11.92 and the avg recommendation for the stock is Moderate Buy, while the current analyst...
Read more
Investing

Bloomin' Brands Inc. (BLMN) shares are trading at lower $14.04 and the avg recommendation for the stock is Moderate Buy, while the current analyst...
Read more
ORACLEDISPATCH