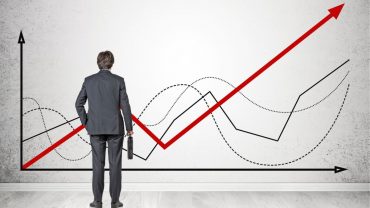 Rexahn Pharmaceuticals, Inc. (NYSEMKT:RNN) it appears this micro cap biopharmaceutical company is preparing for a “Transformative Year” in 2017. Rexahn Pharmaceuticals, Inc. (NYSEMKT:RNN) is a clinical-stage biopharmaceutical company involved in the discovery, development and commercialization of cancer treatments. The company is currently burning through R&D expenses for the development of three new clinical-stage drug candidates, but the company’s CEO hinted at the end of February that big news could be coming in 2017 about two of these drug candidates.

That’s resulted in some truly stratospheric changes in the company’s stock price. On a YTD basis, shares of RNN are up 203.1%. Currently, the company has a stock price of $0.460, giving RNN a total market capitalization of $109.13 million. Over the most recent 52-week period, shares have traded as low as $0.13 and as high as $0.56. On February 27, shares were trading at just $0.258 but had skyrocketed to $0.449 by March 13. In the first two weeks of March alone, the company has risen more than 75% purely on anticipation of future good news.

Rexahn Pharmaceuticals, Inc. (NYSEMKT:RNN) has several huge catalysts scheduled to occur before the end of 2017. The first two of these involve RX-3117, the company’s lead asset and most promising clinical drug candidate. In a Phase I trial, the drug showed therapeutic potential for four different types of cancer: pancreatic, bladder, colon and lung. It’s currently undergoing Phase II trials for the treatment of both pancreatic and bladder cancer.

The company plans to release data on the Phase II trial of RX-3117 in the second quarter of 2017 – and at the latest by 3Q 2017. RX-3117 is very similar a drug that that has already received approval (gemcitabine), except that it works slightly differently and is less toxic to the patient. As a result, higher dosages can be administered, and that boosts efficacy. Long story short: this is a new and improved version of a drug that already exists and signs look good for RX-3117 to get eventual problem. The question is not “if,” but “when.”

Find out when $RNN stock reaches critical levels. Subscribe to OracleDispatch.com Right Now by entering your Email in the box below.

At the end of February, the CEO of Maryland-based RNN promised a “potentially transformative year” as a result of the clinical trials going as planned. One big positive is the potential for a speedy FDA approval process. Rexahn Pharmaceuticals is hoping to receive approval for an accelerated pathway from the FDA. That would be huge because it means the company could essentially skip any required Phase III trials and get to market faster.

Since RNN has announced that big news on the RX-3117 trials could be coming as early as the beginning of April, it’s obvious why investors have been piling into the stock ahead of any future runoff. It’s time to get in now, ahead of the news.

Of course, the opposite scenario could play out: the company might announce that Phase II trials of RX-3117 are not going as planned, and they might not be ready for a full Phase III trial. Remember – in a best case scenario, the company is hoping to skip the Phase III trial altogether, so this would be a big setback. Of course, bad news about RX-3117 wouldn’t be disastrous, because the company would still have the Phase II trial of Supinoxin to look forward to in the second half of the year.

Since the company is still developing its three major clinical drug candidates, investors are keeping a close eye on the company’s “runway” to get these to market. Things look good for now, with total cash reserves of $20 million as of 4Q 2016, giving the company enough runway through early 2018.

So get ready for a wild run in 2017 for RNN. Right now, only a handful of analysts currently cover the stock, and the consensus price target is $2.50. That might not sound too impressive, but it represents a more than five-fold increase in the value of the stock in just the next 12 months. For more news on $RNN and other fast-moving penny stocks, please subscribe to OracleDispatch.com below.