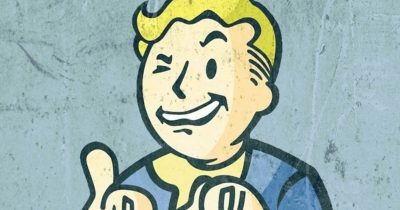 Advanced Environmental Petrolm Prdcr Inc (OTCMKTS:AEPP) is a micro-cap stock that has started to garner attention as the stock launches up the chart in recent action. We’ve seen no press releases and no clear narrative emerge. However, the company has put out a couple of filings that may clarify the picture a bit. We will cover them below, but the picture we get suggests a major transition into a new entity.

As for the action itself, traders will note nearly 670% during the past month in terms of shareholder gains in the company, but this action is running counter to the larger trend in the name. Market participants may want to pay attention to this stock. AEPP is a stock who’s past is littered with sudden rips. What’s more, the company has benefitted from a jump in recent trading volume to the tune of exceeding 600% over the long run average. This is particularly important due to the relatively small float size in the stock (roughly 28M shares). One is wise to respect the dynamic this may create — a mechanically driven price squeeze can result from this type of mix of small float and ramping attention from traders.

Advanced Environmental Petrolm Prdcr Inc (OTCMKTS:AEPP) has framed itself as a public Oil & Gas company trading on the OTC-QB market. The company develops an advanced environmental process for extracting Oil & Gas resources with the goal of minimal damage to the environment.

According to the company’s prior materials, the process allows it to reinstate the ground as it develops to leave minimal to no scarring. The processed areas are converted into engineered farmland for the local communities. Over the past eight (8) years, PSP (Pointsource Processing) has spent in excess of USD$3 million in qualifying the natural resource deposit and is in the process to obtain a third party engineering report which estimates the proven resources of Oil & Gas.

According to most recent press materials from 3 months back, “AEPP will become an oil and gas exploration and development company, operating in Peru where it has a number of targets in the highly prospective Block 19 of the southern region of that country. The Company will hold an exclusive license, which entitles it to explore and develop certain oil and gas properties known as “Block 19,” an area of 10,100 square km.”

Find out when $AEPP stock reaches critical levels. Subscribe to OracleDispatch.com Right Now by entering your Email in the box below.

As for clarifying the narrative on the recent move, we would note the company’s two recent filings. First, on March 8, 2017, the company filed a Schedule 14F-1 Information Statement, which is generally part of the process of changing the majority of the Board. This was followed by an 8K on March 14, 2017.

Reading into the documents, this looks like a wholesale change of the company into a different entity achieved via a 66% majority ownership change through a stock purchase agreement.

Mr. Redman is currently the Chief Executive Officer, President and a Director and Mr. Payne is the Senior Vice President – Finance and Administration and Secretary of the Purchaser, Oncolix, Inc.

So, long story short, as near as we can tell, AEPP is becoming Oncolix, Inc., a clinical-stage biopharmaceutical company based in Houston, Texas. The company is developing Prolanta, a targeted therapeutic protein for the treatment of ovarian, breast and other cancers. Prolanta is an antagonist of the human prolactin receptor, blocking the effects of human prolactin.  “There is substantial scientific evidence that human prolactin is associated with the growth of certain cancers as well as resistance of cancers to platinum and taxane therapies.  By blocking the effects of prolactin, Prolanta™ has demonstrated a high level of efficacy in ovarian and breast cancer models, and is also expected to be effective in models of other cancers.”

We will get more clarity on things, no doubt, in coming days and weeks.

As it stands, earning a current market cap value of $2.2M, AEPP has virtually no cash on the books, which stands against about $285K total current liabilities. The company is pre-revenue at this point. We will update the story again soon as developments transpire. For continuing coverage on shares of $AEPP stock, as well as our other hot stock picks, sign up for our free newsletter today and get our next hot stock pick!