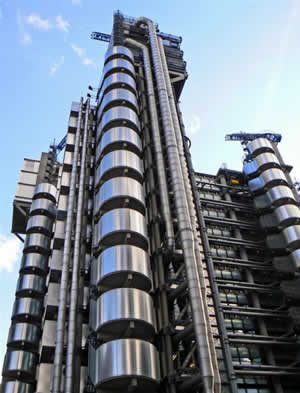 Park Hotels & Resorts Inc. (PK) shares are trading at lower $9.96 and the avg recommendation for the stock is Hold, while the current...
Read more
Investing

Lloyds Banking Group PLC (ADR) (NYSE: LYG) is the UK’s top financial stock and some indicators show that it could be poised for a breakout.

Ever since the Brexit vote last summer, Britain’s financial sector has been dealing with both political and economic uncertainty – and that has effectively kept a lid on any major moves by the nation’s financial stocks. That uncertainty, though, seems to be coming to an end, and that’s opening up a lot of room for stocks like Lloyds Banking Group PLC (ADR) (NYSE:LYG) – generally considered Britain’s top financial stock – to move upward.

The important factor to keep in mind here is investor sentiment. There’s nothing that investors dread more than uncertainty, and that factor has really weighed on the stock price of LYG. But there are several key catalysts that are now working in favor of Lloyds Banking Group.

The biggest catalyst, of course, is that Brexit happened and the worst-case scenario never occurred. But just consider how investors panicked last June – over an 8-day period, the stock lost nearly 50% of its market capitalization. On June 23 (the date of the Brexit referendum vote), shares of LYG were trading at $4.34. By June 24, they had plummeted to $3.33, and by the next trading day, were down to $2.78. They finally sank as low as $2.47, which also marks the 52-week low for the stock. So LYG has been steadily heading higher since then, but hasn’t been able to break out above $3.50 for about nine months now.

Find out when $LYG Stock reaches critical levels. Subscribe to OracleDispatch.com Right Now by entering your Email in the box below.

The second big catalyst is that the British government is almost completely divested of its stake in LYG. After the 2007-2009 financial crisis, the bailout of Lloyds led to the government owning a 43% stake in the bank. The government had been steadily reducing its stake, and as of June 2016, had reduced its share to 9%. But then Brexit hit, and the government stopped any share sales until October. But now the share of the government’s stake in LYG is below 3% (2.95%), and the plan is for the bank to go fully private by May 2017.

The third big catalyst for Lloyds Banking Group is the release of positive 4Q 2016 earnings. Wall Street analysts widely praised the solid set of numbers and the company’s stable balance sheet, and now consider Lloyds to be among the top banking stocks in a set of global peers that includes Bank of America and other large global banking stocks. Lloyds has a stable portfolio of businesses, including Retail Banking, Commercial Banking, Consumer Finance (including credit cards) and Insurance. Signs are now pointing to future growth in these segments.

Until recently, though, Wall Street analysts haven’t been keeping up with the positive growth story coming out about Lloyds Banking Group. For example, as of March 15, the consensus 12-month price target for the stock was still just $2.28 – that’s even lower than during the panic after Brexit. Moreover, as of March 15, the price-to-book ratio was just 1.03, meaning that investors were attaching almost no premium to the company’s solid banking assets.

On February 6, HSBC Securities upgraded LYG to “Buy,” and that might be the start of shifting investor sentiment about Lloyds Banking Group PLC. There just seem to be so many positive factors surrounding LYG that one has to wonder how much longer the fear of Brexit is going to hang over this stock.

So, putting all this together, you have a solid financial stock with growing business segments, the British government reducing its stake in the entity, and a chance for the stock to break out above the $3.50 level. Even if LYG does not touch its 52-week high ($4.42), there’s still a chance to see another 15-20% increase in the share price. That’s reason enough to be buying while others are selling. For more news on Lloyds Banking Group (NYSE:LYG) and other fast-moving penny stocks, please subscribe to OracleDispatch.com below.