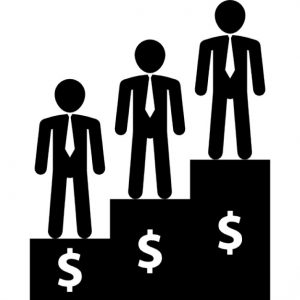 Agrieuro Corp (OTCBB:EURI) is a penny stock in the aquatic harvesting of water reed as a cash crop. The stock has been on fire in recent trading. There are a couple reasons for the action. First off, the company is one of the few producers of aquatic reed, and we saw a clear supply deficiency in that market signaled earlier this year. Second, the company has recently announced plans to diversify along co-product/cost-efficiency lines into fish farming. And third, we see some evidence that there is a current investment in investor awareness on this ticker.

We believe that the second of these points is currently most important in understanding the big move in the stock mid-week. The company just announced that it has finished preparing 2 growing ponds for its fish farm project. The ponds are fully equipped with pumping stations and will receive “cycle 2” fish. These are medium sized fish that only require a short period of time to attain maturity. AgriEuro estimates that the product will reach fish markets within 12 months following population. According to the release, the company will follow all regulations required to raise fish that can be labeled Organic.

Agrieuro Corp (OTCBB:EURI) trumpets itself as a company that is in the aquaculture and agriculture industries, and is in the process of developing a luxury hotel on its property to enter into the hospitality industry.

AgriEuro also owns the four (4) building complexes on the property at the Black Sea shore, and is in the process of developing hotel accommodations of 620 beds on the property, on 2 hectares of its property, located inside the Natural Reservation of Danube, Tulcea County, Channel area.

According to company materials, “AgriEuro Corp operates in the agricultural, aquaculture and tourism industry in Europe. The company’s flagship property is located at the junction of the Danube delta and the Black Sea and encompasses a variety of currently revenue-producing and soon-to-be producing businesses. It spans over 4,200 acres on a Unesco World Heritage site. Investors can visit the company’s website at wwwdotAgriEuroCorpdotcom.”

Find out when $EURI stock reaches critical levels. Subscribe to OracleDispatch.com Right Now by entering your Email in the box below.

As noted above, we would look closely at the company’s recent press release as a key factor in understanding the stock’s recent action. The prospect of a synergistic co-product is an enormously powerful concept that has a particularly strong impact on the micro-cap space. Because of the lack of close Wall Street scrutiny of these stocks, the potential for a meaningful qualitative leap in profitability is often not understood until after it happens with these stocks.

And probably the best way to achieve that is by utilizing current fixed cost investment already realized in operations for alternative revenue streams. For a company that already has all the equipment and expertize to address marine cultivation of organic outputs, to sidle over into the seafood industry is possibly walking through a magic door. It’s difficult to evaluate, but awfully interesting.

“We are looking to implement only natural methods of growing fish product making the process as nature-friendly as possible and at the same time increasing our chances of becoming the first ecological fish farm in Romania.” said Mr. Radu Cosmin Monda, CEO of AgriEuro Corp.

“As the fish farm will require substantial funding, we are working on increasing our reed harvests through the acquisition of specialized equipment and we plan to reinvest the additional profits generated back into our aquaculture venture.”

As noted in the company’s most recent release, according to Grand View Research, aquaculture will reach over 200 billion dollars per year in 2020 and now far outweighs production from natural sources such as oceans and lakes. For instance, more than 90% of current shrimp consumption in America is from farmed and imported sources. Fish consumption is growing at a faster pace than beef, pork and poultry, driven by an expanding, increasingly prosperous global population that recognizes the health benefits of eating seafood. Demand is forecast by the United Nations to outstrip supply in coming years.

“We are committed towards developing multiple streams of revenue in different sectors for AgriEuro with a view towards sustained, long-term growth.” added Mr Monda. “Maximizing the value of our current 4200 acre property is our key focus and we will continue to update shareholders as developments occur.”

EURI is very interesting, but has a strained balance sheet and clearly carries a risk of dilutive future action – virtually no cash against about $1.8M in total current liabilities. The company is pulling in trailing 12-month revenues of $195K, but that’s been a falling data point, which is not a great sign either. That said, a well-executed lateral expansion could be very positive, so we will reserve judgment and wait for more data. For continuing coverage on shares of $EURI stock, as well as our other hot stock picks, sign up for our free newsletter today and get our next hot stock pick!