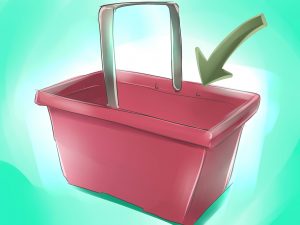 1PM Industries Inc (OTCMKTS:OPMZ) continues to provide an interesting example of a unique approach to market positioning and strategy: at a time when many OTC names are scrambling to put out press releases stating that they are transitioning into the cannabis patch, OPMZ has gone a different way. The company used to be associated with medical marijuana in Colorado through the Von Baron Farms brand. Now, they are focused on developing a brand as specialists in making the transition from private to publicly-traded status on a consulting basis.

The stock has reacted very well to these announcements thus far. Traders will note nearly 300% added to share values of the listing over the past month of action, but that move comes in the context of a larger bearish trend. However, OPMZ has a track record that includes a number of dramatic bounces. Moreover, the name has benefitted from a jump in recent trading volume to the tune of a bit over 470% above its longer-run average levels.

1PM Industries Inc (OTCMKTS:OPMZ) promulgated itself, until recently, as a company that focuses on the sale and distribution of medical marijuana under the Von Baron Farms moniker.

Now, however, according to company materials, “1pm Industries, Inc. helps private companies to become public trading entities. 1pm Industries ensures that each client is shepherded through the process of becoming a publicly traded entity and then acts as a consultant until such time that the company is capable of managing the necessary activities and requirements on their own.  In many cases, 1pm Industries locks in long-term contractual agreements even after a company is trading publicly depending on the experience level of the management team.”

Find out when $OPMZ stock reaches critical levels. Subscribe to OracleDispatch.com Right Now by entering your Email in the box below.

The company’s most recent announcement is a certain step in the right direction. They announced this week that the Company has contracted with a new privately held company that wishes to begin trading publicly. CEO Joseph Wades stated, “We are pleased to announce that we have contracted with a company that is involved with the growth and development of Senior Centers in the state of California.  In fact, the primary leadership of this company was involved in a similar venture several years ago that went public at over the counter status and eventually reached the New York Stock Exchange.”

OPMZ management has had a lot to say on the transition decision.

Mr. Wade again: “I want our shareholders to know that this is an extremely positive move for the company.  Collectively, we have over 18 years of experience helping companies to go public.  Per our recent 8K, we generated $1.3M on just one client contract.  We are reasonably confident in our ability to generate a minimum of $4M in revenue this year and that number could be as high as $6M or greater depending on a few things we currently have in the works. There are eight separate clients that we are working with now and all are at various stages of the process.”

The publicly-traded ticker, OPMZ, now represents that consulting business. So, while we can look through old OPMZ 10-Q’s and filings until we are blue in the face, we will not see all this money being made. We pretty much just have to have faith in that idea.

The stock is acting very well primarily because the company’s latest 8-k states that the public entity, OPMZ, has made $1.3M in revenues since January 31, 2017. That means we will see the company report that data in its next reporting period (audited financials, pink sheet), and thus show something like a bazillion percent sequential q/q sales growth.

Mr. Wade finished up with another important nod to shareholders: “I would like to reassure everyone that under no circumstances will we initiate a reverse split for any reason in the foreseeable future.  What would be more likely to occur at this point would be a reduction in the authorized shares and that is currently under consideration.  Also, as of today, for clarification, we currently have 244,948,828 shares outstanding with 137,246,677 shares in the float.  We look forward to providing more information on our current business activities in the next few weeks and as always, we thank you for your support.”

1PM Industries has a chunk ($118K) of cash on the books, which compares with about $160K in total current liabilities. One should also note that debt has been growing over recent quarters. OPMZ is pulling in trailing 12-month revenues of $49K. However, based on recent announcements that number should be growing dramatically in its next report. We will follow up again soon as new information hits the wires. For continuing coverage on shares of $OPMZ stock, as well as our other hot stock picks, sign up for our free newsletter today and get our next hot stock pick!