What Will Happen to Common Shares of Peabody Energy Corporation (OTCMKTS:BTUUQ) 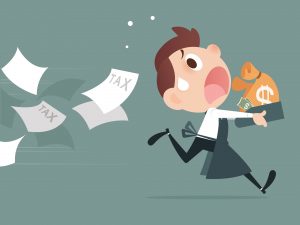 Peabody Energy Corporation (OTCMKTS:BTUUQ) almost surprisingly continues to be a focus among OTC traders. This is despite the fact that the story would seem to be well and truly in the books on the common shares: according to the company executives, creditors, and the bankruptcy court, common shares now trading under the BTUUQ ticker will be canceled as worthless.

This was further confirmed last week when U.S. Bankruptcy Judge Barry Schermer said he was ready to sign an order to approve Peabody’s bankruptcy emergence once language regarding a late settlement of certain U.S. Department of Justice complaints had been finalized.

“Peabody has accomplished the goals set out nearly a year ago, against an industry backdrop that has strengthened,” Chief Executive Officer Glenn Kellow said in a statement.

As it stands, the reorganization plan will repay secured lenders in full. The plan has naturally received total support from the creditors. The likelihood of an objection that manages to pass muster defending the potential for an allocation to current common shareholders is minimal at best, especially considering that they may be given access to purchasing access into a private stock sale.

As perhaps a final nail in the coffin, Judge Schermer went on to specifically overrule the shareholder objection on being wiped out in the reorganization plan.

Something is holding the shares up above $0 now, and our guess is closing short exposure on diminished reward-to-risk ratio from arb funds, as we noted last time around: “Will this result in a rethinking of the reorganization plan? It’s extremely doubtful. However, if you are a large arb fund and you have taken the story on in a portfolio as a short, you may be up some serious dough at this point, with only a couple bucks to go to $0. Why risk getting blown up by politics? I think you cover. I think they did. I would, too.”

According to a recent Reuters piece, “Peabody’s plan is being financed through a $1.5 billion sale of stock, consisting of a $750 million rights offering available to bondholders and a $750 million private placement of preferred equity for institutional investors. A small group of asset managers opposed the plan because they said it was proposed in bad faith and attacked the private placement for enriching the select funds that helped negotiate the company’s bankruptcy plan.”

The Reuters piece noted that Leblanc said they would appeal the bankruptcy confirmation.

BTUUQ has a much-improved situation in front of the company. Unfortunately, that will likely not be available to current common shareholders in this ticker. It would take a Doug Flutie-style “Hail Mary” event in the course of this reorganization discourse to pull it out for common holders at this point given that the current plan is favored by management, creditors, and the judge. We will update the story again soon as further details emerge. For continuing coverage on shares of $BTUUQ stock, as well as our other hot stock picks, sign up for our free newsletter today and get our next hot stock pick!