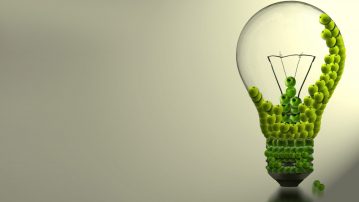 Plug Power Inc (NASDAQ:PLUG) is at the eye of the storm for Border Tax Credit stocks, and if you follow the stock you know in February shares finished a long decline culminating with a bottom around .80 cents. Shareholders were required to swallow hard as the stock tested a 4 year low under this $1.00 range. Other writers covering PLUG noted they had not suffered like this since the NASDAQ put them on notice in 2013.

But if you held just one extra day – you were rewarded with a nice 70%+ bounce and a subsequent retrace to unchanged on the year. PLUG stock looked so ugly into the tax loss selling season in Q4 2016, it seems to have shaken nearly everyone out. Frankly, if you watch stocks bottom, that is often how it occurs. The bus leaves with the fewest passengers. Bottoms are lonely when any stock stops and turns. This is why they call it capitulation, every negative is factored in – and it can only go up, and it did. See a yearly chart below.

“Our fourth quarter operating results underscore significant progress during the year, highlighted by new and repeat customer wins, record deployments, and continued progress driving margin expansion across our GenKey suite of products,” stated said Andy Marsh, CEO of Plug Power. “We have clearly cemented ourselves as the leader in hydrogen fuel cell technology within the material handling space, enabling us to accelerate market share growth.”

Marsh continued, “We have set aggressive, yet obtainable, goals for the Company in 2017, reflecting our commitment to capitalize on the growing demand for vehicle electrification, which we believe will ultimately translate into meaningful shareholder value. While we remain focused on value creation within the material handling segment, we are simultaneously pursuing opportunities to expand our addressable markets to accelerate near-term growth, continuing on the plan we laid out five years ago.  A clear example is our progress in China, where our target is to deliver the first 100 ProGen engines by year’s end. These deployments in China in 2017 represent potential upside for the business this year, but more importantly positions the company for new growth opportunities in 2018 and beyond.”

Plug Power Inc. is a provider of alternative energy technology focused on the design, development, commercialization and manufacture of hydrogen fuel cell systems used for the industrial off-road market and the stationary power market. I like following stocks that survive through all market conditions, and I add them to my portfolio so I can take note when they have a day where they bounce 10% or 15%, and know why.

Shares in PLUG have a pivotal year ahead so they don’t back-track to 2013, they are a decent company with revenues and seem to be getting the share structure back in order. They also have a valuable shareholder base who hangs on through thick and thin.  This is one to watch for us and we will continue to update. For continuing coverage on shares of $PLUG stock, as well as our other hot stock picks, sign up for our free newsletter today and get our next hot stock pick!