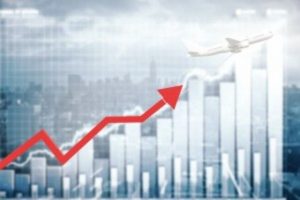 NEXOPTIC TECHNOLOG COM NPV (OTCMKTS:NXOPF) is a penny stock that has been positively soaring in recent action. No one seems to know why, including the company’s management. And they recently made a public statement to that effect.

NexOptic Technology Corp. is a publicly traded company with an option to acquire Spectrum Optix Inc. The Companies are, in essence, working as a single corporation at this time, with their respective CEOs sitting on each other’s boards of directors. In a statement out recently, at the request of IIROC, the two companies noted that they wish to confirm that “management is unaware of any material change in their operations that would account for the recent increase in market activity.” Nonetheless, we look to get our arms around the movement.

NEXOPTIC TECHNOLOG COM NPV (OTCMKTS:NXOPF) trumpets itself as a company with an option to acquire 100% of a private Canadian corporation developing lens technologies for imagery and light concentration applications.

The private company received a financial contribution from the Government of Canada in 2016. Utilizing their patent pending Blade Optics technology, the company’s aim is to disrupt conventional lens and image capture based systems by enabling significant reductions in the depth of conventional lens stacks.

Both image quality and device compactness could potentially be improved with the implementation of Blade Optics in numerous consumer products and a variety of industries have the potential to be positively impacted.

Spectrum is preparing to reveal its proof of concept telescope prototype to the public for the first time that will utilize its patent-pending Blade Optics technology, other optical elements and electronic components. The prototype is intended to demonstrate the marketable features of Spectrum’s Blade Optics technology and its potential to serve as a platform to be used in various optical applications. For the latest developments pertaining to the prototype please see the Companies’ joint news release dated February 21, 2017.

Find out when $NXOPF stock reaches critical levels. Subscribe to OracleDispatch.com Right Now by entering your Email in the box below.

So, shares of NXOPF have been ripping in overdrive. If we had to venture a guess, it’s because there’s something real under the hood here.

What we do know is that the company is slated to present its tech at a forthcoming media event to be held at the H.R. MacMillan Space Centre in Vancouver, British Columbia, Canada on April 4, 2017 at 7:00 p.m. PST.

According to a release last month, the theme of the evening on April 4th is slated to be “Flattening the Telescope,” and will mark the Companies’ first step in transforming what they believe may redefine many additional optical applications by utilizing their patent-pending Blade Optics lens technology.

Since announcing this event at the start of this month, the stock has been in an unbroken climb higher. We see no clear signs of investor awareness activity on the ticker. Hence, we can only assume at this point that the action reflects some degree of market discounting where potential value unveiled at that event may be concerned. Obviously, this is mere speculation. But it’s hard to connect the dots and formulate another explanation at this point.

According to company materials, they believe that Blade Optics has the potential to break down many of the limitations associated with conventional, curved lens stacks, including those associated with aperture size and compactness. In the first case, Blade Optics may allow the aperture-to-depth ratio to be increased in depth-limited optical devices to permit increased resolution compared to conventional curved optical devices with similar depth. In the second case, decreasing the depth of the lens stack would create the possibility of more compact and practical imaging devices.

Earning a current market cap value of $173.4M, NXOPF has a bankroll ($1.4M) of cash on the books, which compares with virtually no total current liabilities. The company is pre-revenue at this point. As more color becomes clear on the name, we will review the situation and update our take. For continuing coverage on shares of $NXOPF stock, as well as our other hot stock picks, sign up for our free newsletter today and get our next hot stock pick!