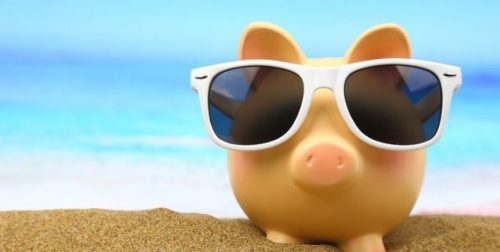 IVANHOE MINES LTD COM NPV CL’A’ (OTCMKTS:IVPAF) is mid cap metals and mining play and name we are very familiar with. If you trade these shares you have had a few fits and starts, like news from the company when shares move for no reason followed by actual information that proves valuable.

It seems in this stock, there often is a disconnect between the news and share price, and if you look at the chart below you see shares selling off hard and fast and rebounding quickly. All said shares are up near 80% for the year and anyone who bought during the noise and sell off was rewarded. This is a larger company and has depth in liquidity so it is not a typical microcap illiquid start up. These are seasoned miners.

“Nonetheless, our geologists and independent advisors have become so confident in the proven consistency of Kakula’s chalcocite-rich mineralization that they expected we would find more, thicker, near-surface, Kakula-style mineralization in the vicinity of where it actually was discovered. The remarkable success with DD1124 is further validation of our team’s judgment and expertise.”

Find out when IVPAF stock reaches critical levels. Subscribe to OracleDispatch.com Right Now by entering your Email in the box below.

The target area where DD1124 was drilled – now named Kakula West – was selected by the Kamoa-Kakula geological team at the intersection of the axis of the interpreted Kakula trend with a southwesterly-northeasterly-trending antiform (the Kakula West antiform). DD1124 intersected 16.3 meters of visually moderate-strong chalcocite copper mineralization, similar to the mineralization encountered within the core of the chalcocite-rich Kakula Deposit, beginning at a downhole depth of 422.2 meters (410 meters below surface), which included a 4.0-metre zone of strong-to-very-strong mineralization beginning at a downhole depth of 432.4 meters (see Figure 1). Assays for DD1124 are expected in approximately two weeks. Up to five rigs are being mobilized to fast-track the drilling at the Kakula West discovery.

Hole DD1124 now has extended the length of the Kakula mineralized trend to approximately 10.1 kilometers, essentially doubling the previously estimated strike length of 5.5 kilometers contained in Ivanhoe’s January 23, 2017 news release. The continuing success also means that the discovery has grown to become six kilometers longer than the deposit’s 4.1-kilometre strike length that was used in calculating the initial Kakula resource estimate in October 2016.

The Kakula Discovery remains open along a westerly-southeasterly strike . Importantly, the chalcocite-rich zone of mineralization in DD1124 was intersected at a depth of approximately 400 meters, indicating that the Kakula mineralized zone extends significantly closer toward the surface in the area around the new discovery hole.

The Kamoa-Kakula Project, a joint venture between Ivanhoe Mines, Zijin Mining and the DRC government, is near the mining center of Kolwezi on the Central African Copperbelt in the Democratic Republic of Congo (DRC).

Mr. Friedland added: “Bear in mind that the Kakula Discovery now is vastly larger and more important than it was last year when Kamoa-Kakula was independently ranked among the 10 largest copper deposits in the world. In fact, the resource estimate that we announced for Kakula last October only covers approximately 40% of the presently defined 10.1-kilometer strike length of Kakula’s mineralized trend.”

Ongoing studies have highlighted numerous Kakula-style targets to the west and east of the Kakula Dome and elsewhere in the 400-square-kilometerKamoa-Kakula Project Area. The Kakula West target was the first of these to be tested.

IVPAF has been an excellent performer for more than a year anyone who owns shares and has hung around has been rewarded.  Buy and hold + add on the dip players have succeeded here and likely will stay with that strategy. Often it is best to pick best of breed management for stocks as the graduate from SmallCap to MidCap and beyond, we have followed Ivanhoe Mines for many years and find it to be positioned as well as it has been in a decade. For continuing coverage on shares of $IVPAF stock, as well as our other hot stock picks, sign up for our free newsletter today and get our next hot stock pick!