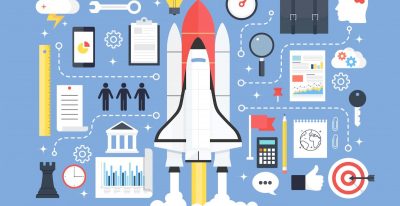 HCi VioCare (OTCMKTS:VICA) is a penny play that has grabbed hold of the attention of traders during the stock’s recent bounce. While we continue to see price action that connotes heavy-duty supply embedded in the tape, the sharp rise in average daily volume over the past few weeks is reason enough to look a bit deeper.

The company’s most recent release reports that its wholly owned subsidiary, HCi Viocare Technologies (the company behind “the revolutionary sensing technology Flexisense”), has begun to ship its fourth-generation “Athletic Smart” insoles to its potential would-be partner manufacturers in the athletic shoe sector. That release has sparked an as-yet unsuccessful attempt at a so-called “jail-break” bounce move off the lows. However, given the small float involved here, another sharp jump in volume might alter the pattern significantly.

HCi VioCare (OTCMKTS:VICA) trumpets itself as a company that has a dual, complementary business model of 1) creating the first cross-border independent chain of Prosthetics & Orthotics (P&O) and Diabetic Foot clinics in Europe and the Middle East and 2) developing a wide portfolio of proprietary hardware solutions with first in line the Flexisense sensor system, aiming to empower the user by providing on-demand information in the fields of Digital Health, Prosthetics, Orthotics, Diabetes, Assistive Devices, Sports and Wellbeing, and licensing to established industry participants.

HCi Viocare is listed on the OTC Markets in the USA, has its executive office in Athens, Greece and R&D center in Glasgow, UK.

Find out when $VICA stock reaches critical levels. Subscribe to OracleDispatch.com Right Now by entering your Email in the box below.

As noted above, the company has started to ship its new 4th Generation Smart Insole product, which is a network-enabled IoT technologically enhanced athletic shoe component. This in itself is intriguing.

According to the company’s recent release, “the 4th Generation Smart insole is the closest to commercial-ready product due to its significantly higher level of durability and resolution, as well as its improved communication and connectivity capabilities.” The new version embeds the additional feature of temperature monitoring. The key point here is this: “The Flexisense enabled insole” is really an “internet of things” product line, and apparently maintains its uniqueness of measuring direct and shear forces in use.

Dr. Christos Kapatos, HCi Viocare’s co-founder and CTO stated: “We are very happy today. I am proud for our 4th Generation Smart Insole, which is as close to a commercial-ready product as it can get from our side. In the next days, the samples will be delivered to the major sports manufacturers we are in discussions with and we are positive that they will see the insoles for what they are, the future of sports wearable performance measuring devices.” Dr. Kapatos added: “I expect this version to even attract the direct interest of major Athletic Associations.”

Traders will note 54% added to share values of the name over the past month of action, but this action is running counter to the larger bearish trend in the name. That said, as noted above, average volume has been mounting sharply, with transaction levels soaring more than 630% beyond the stock’s 6-month average.

This is particularly important given the stock’s tight float of just 33M shares. One is wise to respect the dynamic this may create — a jump in average daily transaction volume in a stock with a restricted float can unleash fireworks as supply is squeezed.

Now commanding a market cap of $41.4M, VICA has virtually no cash on the books, which is up against a small mountain of current liabilities totaling over $1.6M. VICA is pulling in trailing 12-month revenues of $658K. In addition, the company is seeing major top line growth, with y/y quarterly revenues growing at 2541.8%. This may be a very interesting story and we will look forward to updating it again soon. For continuing coverage on shares of $VICA stock, as well as our other hot stock picks, sign up for our free newsletter today and get our next hot stock pick!