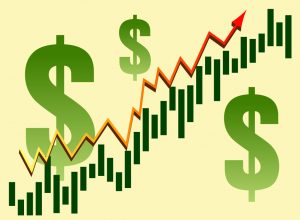 Terra Tech Corp (OTCMKTS:TRTC) is one of the more widely followed plays in the cannabis patch. The stock has been testing and retesting support along the $0.20-0.25 area for the better part of the past year. At this point, there is one big coming catalyst that may well dictate the action around those key levels. The company just announced that it will release its full-year 2016 results on Thursday, March 30, 2017 after U.S. markets close.

This comes on the heels of the company’s announcement of the construction of a new cannabis cultivation facility in Oakland. According to the release, the Company is in the final stages of designing a state of the art cultivation facility projected to produce over one metric ton of premium grade cannabis per annum for its IVXX brand. The design includes fully automated environmental controls which are anticipated to reduce production costs associated with the cultivation of IVXX cannabis.

As noted above, TRTC is readying to release new financial data on operations. The company will also host a conference call on Thursday, March 30, 2017 at 4:30 PM Eastern.

Derek Peterson, Chairman and CEO of Terra Tech Corp., will be answering shareholder questions at the end of the call. He is usually very revealing and may offer a number of clues as to the direction the industry is moving.

As for the technicals, as noted above, the stock continues to battle and hold key support. At this point in the pattern for TRTC shares, the action sets up a possible test of very important range support that has defined the lower reaches of the stock’s price for nearly 12 months. The key level to watch is $0.22-0.23, which was visited during late February action. The last four times that level came into play set off rallies of 200%, 100%, 50% and 25%.

Currently trading at a market capitalization of $154.7M, TRTC has a significant war chest ($3.4M) of cash on the books, which is balanced by about $2M in total current liabilities. One should also note that debt has been growing over recent quarters.

TRTC is pulling in trailing 12-month revenues of $20.4M. In addition, the company is seeing major top line growth, with y/y quarterly revenues growing at 244.4%. With the stock underperforming the sector in recent months, and key support nearby, it will be important for the company to show similar growth data in its upcoming release. You can bet we will update this one again as new information comes into view. For continuing coverage on shares of $TRTC stock, as well as our other hot stock picks, sign up for our free newsletter today and get our next hot stock pick!