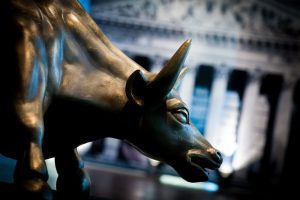 Provectus Biopharmaceuticals Inc (OTCMKTS:PVCT) is a penny play in the biopharma space that has recently exploded higher on strong volume to close out last week’s action. The company just announced a Definitive Financing Commitment Term Sheet it entered into on March 19 with what the company is calling “The PRH Group” (a group of the company’s stockholders). However, if you take a step back and look at the deal, the reality of the situation becomes clear: this is a reset and effective takeover from within.

We’ve witnessed 130% added to share values of the stock over the past month of action, a rally that has pushed up against longer standing distributive pressure in the stock. This is emblematic of the stock. PVCT has a track record that includes a number of dramatic bounces. What’s more, the listing has seen interest climb, with an increase in recent trading volume of 81% beyond what we have been seeing over the larger time frame.

Further, the company is developing over-the-counter pharmaceuticals, including GloveAid, a hand cream with antiperspirant and antibacterial properties; Pure-ific line of products to prevent the spread of germs on skin; and Pure-Stick and Pure N Clear acne products.

Additionally, it develops medical device technologies for markets comprising cosmetic treatments, such as reduction of wrinkles and elimination of spider veins, and other cosmetic blemishes; and therapeutic uses, including photoactivation of PH-10, other prescription drugs, and non-surgical destruction of various skin cancers.

Provectus Biopharmaceuticals is investigating new therapies for the treatment of skin cancer, liver cancer and breast cancer. Provectus’ investigational oncology drug, PV-10, is an ablative immunotherapy under investigation in solid tumor cancers. The Company has received orphan drug designations from the FDA for its melanoma and hepatocellular carcinoma indications. PH-10, its topical investigational drug for dermatology, is undergoing clinical testing for psoriasis and atopic dermatitis. Provectus has completed Phase 2 trials of PV-10 as a therapy for metastatic melanoma, and of PH-10 as a topical treatment for atopic dermatitis and psoriasis.

Find out when $PVCT stock reaches critical levels. Subscribe to OracleDispatch.com Right Now by entering your Email in the box below.

As noted in the recent release, under the Definitive Financing, PRH Group would undertake best efforts to arrange for a financing of a minimum of $10 million and a maximum of $20 million, which would be provided to Provectus in several tranches.

It appears, from company communications, as though the structure of the Definitive Financing is set to be structured as a secured loan that will be convertible into a new series of preferreds. This new series comes with special rights, including a liquidation preference upon “the sale, dissolution or liquidation of the Company, a conversion into common stock that prices one common share at approximately $0.29, and customary voting rights on an as-converted basis.”

At this time, carrying a capital value in the market of $21M, PVCT has a significant war chest ($5.2M) of cash on the books, which is balanced by virtually no total current liabilities. The company is pre-revenue at this point. This may be a very interesting story and we will look forward to updating it again soon. For continuing coverage on shares of $PVCT stock, as well as our other hot stock picks, sign up for our free newsletter today and get our next hot stock pick!