The Cat is Out of the Bag for MyDx Inc (OTCMKTS:MYDX) Shares 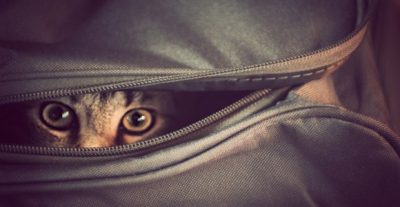 MyDx Inc (OTCMKTS:MYDX) is a micro-cap name in the cannabis space. The stock has started to really rocket up the charts of late. We covered this one just a few days ago, noting the company’s forceful battle against unfounded assumptions of coming dilution through share conversions has worked to break the stock free from that lead-weight anchor. Since that report, we’ve seen shares nearly triple.

As we noted at the time, “the remaining principal balance owed by the Company pursuant to its convertible promissory notes is $35,000, eligible for payoff and not convertible into equity prior to May 13, 2017. This would explain the recent movement in the stock price.” Since the company’s other current liabilities are only around about $500k, the big question now falls to sales growth, which we will consider in a moment. But first, let’s take a generalist’s approach to understanding this company.

As noted above, the market is now showing signs that it believes the company is out from under the blanket weight of a death spiral of endless dilution through debt-to-equity conversions. It would appear that the hurdle to passing growth down into new shareholder value is hardly insurmountable at this point provided the company can start to show serious sales growth.

This doesn’t seem to be a far-fetched idea. The lead product is a device that allows a user to insert some cannabis and obtain information about purity, potency, and other factors. The product has been well-tested and has spawned some large capital raises.

So, the big question to ask is: Is this type of product levered well to the type of macro growth we might see in the cannabis space?

The answer to us seems like a resounding yes. And here’s why.

The big growth vector for the space is likely to be about the transition from MMJ to recreational, as far as where the next stage of cultural shift is concerned. In other words, most people nowadays seem to believe that pot for medical use is a good thing to the extent that it can be shown, scientifically, to have real value in the quality of life for people suffering from some type of physical or physiological ailment.

However, in recent state voting, the revelation that seems to be building is that most people also seem to be ready for decriminalization of pot for recreational use – ie smoking a joint is no worse than having a vodka tonic or whiskey sour, morally. And laws should eventually come around to accepting this.

In that type of world, MyDx Inc should see growth that is proportional to the size of the market for pot because its sensor product is useful and will be picked up by some slice of the recreational market as it grows.

While sweeping legislative change may still be a ways off in the US on that idea, we are about to see it in Canada this year – where recreational pot us is slated to become legal nationwide in 2017. Furthermore, stocks tend to discount the future. Hence, while we may have to wait a bit for more recreational legalization in the US, it’s likely coming in some form or another. That opens up the growth side of the equation here. And without major issues on the balance sheet or the shadow balance sheet at this point, one can see why the stock is on the move.

Currently trading at a market capitalization of $13.5M, MyDx Inc has a stash ($184K) of cash on the books, which stands against about $536K in total current liabilities. One should also note that debt has been growing over recent quarters. MYDX is pulling in trailing 12-month revenues of $739K. We will update the story again soon as further details emerge. For continuing coverage on shares of $MYDX stock, as well as our other hot stock picks, sign up for our free newsletter today and get our next hot stock pick!