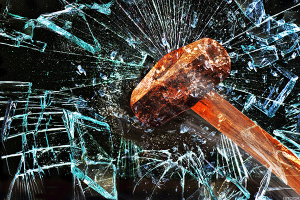 Strikeforce Technologies Inc (OTCMKTS:SFOR) has been on the march again, so we thought it would be a good time to take another look. SFOR stock has been moving since announcing that it has filed patent infringement lawsuits in U.S. District Courts against Gemalto, Inc.; Vasco Data Security; Entrust Datacard; and SecureAuth Corporation.

Recent action has seen 45% tacked on to share pricing for the listing in the past month. Market participants may want to pay attention to this stock. SFOR stock past is littered with sudden rips. The stock is approaching some key potential breakout levels, particularly around the $0.017-0.02 area. Furthermore, the company has benefitted from a jump in recent trading volume to the tune of 22% beyond what we have been seeing over the larger time frame.

Find out when SFOR stock reaches critical levels. Subscribe to OracleDispatch.com Right Now by entering your Email in the box below.

According to the company’s recent release, “the lawsuits against Gemalto and Vasco were filed in the District of Massachusetts and the cases against Entrust and Vasco were filed in the Eastern District of Virginia.  These new lawsuits claim infringement of one or more of StrikeForce’s United States Patent Nos. 7,870,599; 8,484,698; and 8,713,701. These suits are in addition to the three cases filed in June 2016 involving StrikeForce’s ’698 patent that are currently pending in the District of New Jersey against Duo Security, Centrify Corporation and Trustwave Holdings, Inc.”

According to the company communication, SFOR has retained Ropes & Gray LLP to litigate these cases.  Ropes & Gray LLP is a global law firm with 11 offices located in the United States, Asia and Europe. The firm has more than 1,200 lawyers and professionals worldwide, and its clients include corporations and financial institutions, government agencies, universities, and health care organizations.

The firm, founded in 1865, is recognized as a leader in intellectual property law and has been named to The American Lawyer’s prestigious “A-List” of top 20 firms for six consecutive years.

At this time, carrying a capital value in the market of $35.7M, SFOR has a store ($1.2M) of cash on the books, which is balanced by about $4.5M in total current liabilities. So, not a great balance sheet, by any stretch.

That said, Strikeforce Technologies is pulling in trailing 12-month revenues of $443K. In addition, the company is seeing major top line growth, with y/y quarterly revenues growing at 139.7%. We will update the story again soon as further details emerge. For continuing coverage on shares of SFOR stock, as well as our other hot stock picks, sign up for our free newsletter today and get our next hot stock pick!