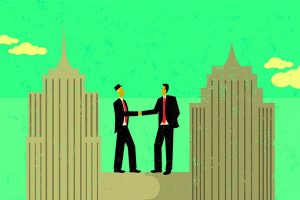 Dolat Ventures Inc (OTCMKTS:DOLV) is a recently sub-penny player that has been skyrocketing up the chart over the past five trading sessions in a momentous launch. There are three things we should point out: First, the company’s last press release was over a year ago. Second, the company has recently made a great effort to get “current” with its information status on OTC markets, with most of that activity coming during the early stages of the current rally. And third, we can find no direct evidence of any investor awareness activity on the ticker right now.

So, what are we to say about this wild rally? Several possibilities come to mind. But one must focus on the company’s move to get its information current. One reason we might see this is if we are about to see a major announcement where regulations demand current filing status, such as a reverse merger of some kind. Please understand that nothing in this article is based on anything other than complete speculation on our part. We’re going to do the best we can with this one. There isn’t much of anything solid on the company out there right now. But there are some clues. We are going to see if we can string them together in a manner worthy of discussion.

Dolat Ventures Inc (OTCMKTS:DOLV) frames itself as a company that, through its subsidiary Patriot Development Corporation, is in the business of acquiring and selling commercial and residential real estate in New England.

That’s the current information about this ticker on OTCmarkets.com. As we understand it from other sources, the company has been to some extent involved in mining of precious gemstones. That is always a very sketchy description because it is often used by companies with no real operations, who wish to claim big potential value by purchasing a tiny plot of land somewhere in sub-Saharan Africa, where no one is going to check up on the legitimacy of their claims.

In any case, we certainly can see no evidence that there are either commercial real estate or diamond mining operations underway here. Instead, there is some evidence that the company may be preparing to shift hands in a reverse merger. And the question is, to what or to whom?

According to the message boards, perhaps the most interesting and likely candidate is a Chinese electric car company. Again, we don’t know anything certain here, and you have been advised to take this with a hefty grain of skepticism. It is a seed of a theory. You would need to take it and set out on your own voyage of discovery.

That said, support for this theory comes from several sources, but most directly from the fact that DOLV appears to now be headed by one Dequn Wang as President as of February 7, 2017, according to the Wyoming Secretary of State website. That’s also when the stock took off on its first major rally this year. Exactly, and to the day.

As we understand it, there is also a Dequn Wang who is President and Director of a Chinese electric vehicle company named JinBo ZhongJi MingYang (JBZJMY). There appear to be other ties growing between the two companies as well at present, and the picture suggests the one may reverse merger into the other. Note, we do not know for sure that they are the same “Dequn Wang”.

A shift for the DOLV ticker into sudden operations, and in the EV space no less, would certainly explain the recent enthusiasm. However, we would warn that the move would likely include quite a bit of dilution as the mechanics of the arrangement are worked out.

Once again, and more importantly, we would also reiterate that this is our speculation given a cursory investigation into the company and the DOLV ticker. We do not have any information available to us that is outside of standard public channels and have no evidence beyond what is presented here to substantiate the idea. That said, it does look to us as though a reverse merger deal is coming here.

Currently trading at a market capitalization of $11.9M, Dolat Ventures has virtually no cash on the books, which is balanced by about $254K in total current liabilities. One should also note that debt has been growing over recent quarters. The company is pre-revenue at this point. We will obviously update the story again soon as developments transpire. For continuing coverage on shares of $DOLV stock, as well as our other hot stock picks, sign up for our free newsletter today and get our next hot stock pick!