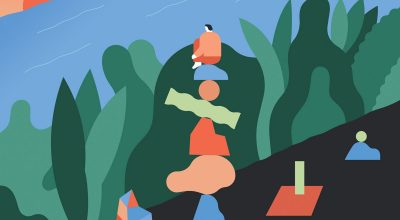 Immage Biotherapeutics Corp (OTCMKTS:IMMG) is an immunotherapy play that launched higher this week on a sudden explosion of interest. The catalyst behind the move appears to be the company’s announcement that its immunotherapy successfully passed early toxicology and efficacy studies. That should lead to an IND in 2018 to start phase 1 clinical trials. Shares responded to the announcement by powering over 100% higher on Tuesday on nearly 4M shares exchanging hands.

According to the release, the company is harnessing the power of the immune system to target a specific protein, MAGE A, in an effort to find a better treatment for triple negative breast cancer. “After 4 weeks of treatment in transgenic mice, the lead candidate was able to show very little toxicity in a full toxicology report of various organs. Cytotoxic T-cells were removed from the mice to test the efficacy ex vivo to check for targeted response against MAGE-A positive cancer cells. There was a significant increase in cell death of MAGE-A positive tumor cells compared to MAGE-A negative tumor cells.”

The company is in the process of developing novel key cancer immunotherapy candidates that can be licensed to the biotechnology and pharmaceutical industry, allowing them the opportunity to develop in vitro proven treatments.

It focuses on the development, marketing, and licensing of its patented immunotherapy candidate IMT-001, a hybrid/fusion protein vaccine that targets various tumors that express melanoma-associated antigen-A gene, including breast, liver, pancreas, prostate, melanoma, and lung diseases.

According to company materials, “ImMAGE Biotherapeutics Corp. (IMMG) was founded in 2015 to harness the power of the human immune system to treat cancer. The company, which has a presence in the Washington, DC and Philadelphia regions, is developing multiple viable candidates to treat triple-negative breast cancer (TNBC) and has progressed from in-vitro trials to animal testing. The immunotherapy market is expected to grow to $9 billion by 2022 and may be used in up to 60% of cases of advanced cancer.”

Find out when $IMMG stock reaches critical levels. Subscribe to OracleDispatch.com Right Now by entering your Email in the box below.

As noted above, shares of the stock exploded higher on positive data related to its immunotherapy research program. The company is in the process of conducting preclinical development and, as noted above, plans to file an IND in 2018 to start phase 1 clinical trials. ImMAGE Biotherapeutics targets to move the candidate into human trials in late 2018/early 2019.

“We are very satisfied with the early in vivo validation of our in vitro results. Both the efficacy and the low toxicity were what we were expecting, but it is good to the see the results reflect that,” said Mahesh Narayanan, COO of ImMAGE Biotherapeutics. “If all goes well, we hope to be able to move the candidates to the next level of research in the next month.”

The CSO of ImMAGE Biotherapeutics, Dr. Anton Dormer, noted “These results will help us move forward with our conversations with the FDA as well as prepare us to start our clinical trials next year. We will have to validate these results in GLP conditions using GMP-grade products before our IND filing.”

Traders will note just shy of 170% piled on for shareholders of the stock during the trailing week, but this action is running counter to the larger trend in the name. However, IMMG is a stock who’s past is littered with sudden rips. Furthermore, the listing has seen interest climb, with an increase in recent trading volume of just shy of 710% above the average volume levels in play in this stock over the longer term.

At this time, carrying a capital value in the market of $107.7M, IMMG has a bankroll ($127K) of cash on the books, which is balanced by virtually no total current liabilities. The company is pre-revenue at this point. We will update the story again soon as further details emerge. For continuing coverage on shares of $IMMG stock, as well as our other hot stock picks, sign up for our free newsletter today and get our next hot stock pick!