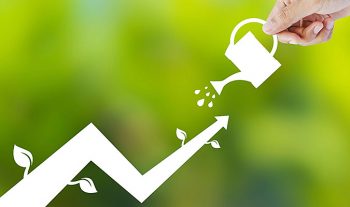 Rexahn Pharmaceuticals, Inc. (NYSEMKT:RNN) is a micro-cap biotech name that has been tearing up the chart of late. The stock has powered over 100% higher in just the past month. This is emblematic of RNN, which has a history of dramatic rallies. We are also seeing a huge jump in average transaction volume recently, with the past month seeing a bit less than 280% over the long run average. And, given a total lack of new headlines on the wires in recent weeks, this wild rip begs the question: What’s the catalyst behind the move?

As we see it, biotechnology stocks with active development pipelines are different animals. They often run not because of something that has hit the wires, but because of something that’s on the way. In this case, RNN shares are likely running in front of key topline data from a phase IIa study of the RX-3117 in metastatic pancreatic cancer. The company also has several other data points that should be hitting in coming months anyone of which could be a game-changer. The market has to accommodate the potential that at least one of these company programs successfully migrates into a phase III trial in 2018 with promising end market potential. That’s all it would take to justify much higher levels for the stock.

Rexahn Pharmaceuticals, Inc. (NYSEMKT:RNN) trumpets itself as a clinical stage biopharmaceutical company dedicated to developing novel, best-in-class therapeutics for the treatment of cancer.

The Company’s mission is to improve the lives of cancer patients by developing next generation cancer therapies that are designed to maximize efficacy while minimizing the toxicity and side effects traditionally associated with cancer treatment.

Rexahn’s product candidates work by targeting and neutralizing specific proteins believed to be involved in the complex biological cascade that leads to cancer cell growth. Pre-clinical studies show that certain of Rexahn’s product candidates may be effective against multiple types of cancer, drug-resistant cancers, and difficult-to-treat cancers, and others may augment the effectiveness of current FDA-approved cancer treatments.

The Company has a broad oncology pipeline that includes three anti-cancer compounds currently in clinical development: Supinoxin, RX-3117, and Archexin, and a novel nanopolymer-based drug delivery platform technology that may increase the bio-availability of FDA-approved chemotherapies.

Find out when $RNN stock reaches critical levels. Subscribe to OracleDispatch.com Right Now by entering your Email in the box below.

“In 2016, we made significant progress across our portfolio of drug candidates, setting up a potentially transformative year for the Company in 2017,” said Peter D. Suzdak, Ph.D., Chief Executive Officer of Rexahn.  “We achieved a major clinical milestone with RX-3117, with the successful completion of the first stage and the initiation of the second stage of the Phase IIa study in pancreatic cancer and we look forward to the final readout of that study in the second half of this year.”

“In addition to progressing development of RX-3117 in pancreatic cancer, we also initiated a Phase IIa clinical trial in patients with advanced bladder cancer and expect to report data from the first stage of that study mid-2017,” continued Dr. Suzdak.  “With RX-3117, we are focusing on cancers where there has been very little innovation in recent years and where there remains a high unmet need for more effective therapies. RX-3117 is a novel, targeted therapy that has the potential to be more effective than current treatments and we are encouraged by the early clinical data to date.”

“We have completed our Phase I dose escalating study with Supinoxin and have initiated a Phase IIa study in patients with metastatic triple negative breast cancer,” continued Dr. Suzdak. “Data from the Supinoxin Phase I study were presented at the European Society of Medical Oncology (ESMO) annual congress in October. The updated results show that Supinoxin is safe and well tolerated at the doses tested.  Initial signs of clinical activity have been observed in patients with breast, neuro-endocrine, paraganglioma, head and neck and colorectal cancers.  We look forward to having an initial readout of the Phase IIa study in triple negative breast cancer in the second half of 2017. We also initiated a Phase IIa study of Archexin® in combination with everolimus in patients with metastatic renal cell carcinoma during 2016 and look forward to reporting on the completed data from this study.”

Hence, the schedule is packed with potential for concrete benchmarks in the Rexahn Pharmaceuticals pipeline over coming months.

Now commanding a market cap of $117.8M, Rexahn Pharmaceuticals has a significant war chest ($11.6M) of cash on the books, which stands against virtually no total current liabilities. The company is pre-revenue at this point. We will update the story again soon as developments transpire. For continuing coverage on shares of $RNN stock, as well as our other hot stock picks, sign up for our free newsletter today and get our next hot stock pick!