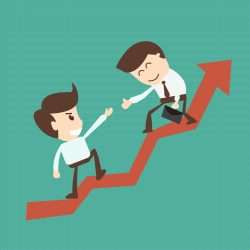 Acology Inc (OTCMKTS:ACOL) is a micro-cap on the move of late. If you trade triple zero penny stocks you know that when a stock goes from triple digit to single it is a huge move, and in the case of Acology shares had a 1400% move where millions of real dollars changes hands. Many investors shy away from these “below zero” shares as a rule, and the companies themselves are faced with the decision to 100- 1 reverse split the stock where it brings these below zero’s back into the fold. Often these reverse splits brings back buy and hold investors.

In February after it was clear that Canada was going to legalize across the board shares in ACOL started their rally and a chart below shows a dramatic spike nearly all Cannabis Stocks have had at some point during this sector rally. Much of the industry spiked in November, but Acology has a different driver as a revenue company. It seems the pre-revenue names were not affected and companies who had cash generating businesses got a nice pop.  Not all of these as dramatic as ACOL, but some parabolic move of some sort dotted the landscape.

Acology Inc (OTCMKTS:ACOL) morphed into the medical marijuana business over the last year and a half. Originally, ACOL had developed a product called the TSOS Container, branded as “MedTainer”. Approved by the FDA, this product both contains and grinds pills and other hard substances into smaller sizes that are easier to ingest by people who have problems with swallowing whole pills or other substances. Currently, the Company has no competition in this space and has a patent on the Container.

Executives announced that they are expanding their Canadian operations in anticipation of the national referendum to legalize recreational cannabis.

Find out when $ACOL stock reaches critical levels. Subscribe to OracleDispatch.com Right Now by entering your Email in the box below.

Recent high-level meetings with industry insiders have convinced Acology executives that the timing for increasing an already strong presence in the Canadian medical cannabis industry is in its’ and their investor’s best interest. Acology has maintained offices and a distribution facility in Vancouver, BC for the past 3 years. Acology’s signature product, the MedTainer™, is seen by many in the industry as the ideal solution for companies that are looking to package cannabis products in a child-safe, FDA approved multi-functional container.

With close to 3 million unit sales Acology’s Medtainer has made strong advances into wholesale and retail operations globally. Acology products are now sold by more than 4000 distributors worldwide. As added value to their growing customer list, and in light of their recent agreement, each MedTainer is now shipped with a 4-gram Boveda hydration packet inserted in each container. Boveda products have become a staple in the hydroponics industry. With Acology now acting as the marketing arm for the Minnesota-based company sales of both companies’ associated products have increased exponentially.

I could see Acology to do a reverse split which will be good for current shareholders.  This will bring a retail investor group back into the fold who currently will not trade sub-penny shares. In reality no one knows if the reverse split will bring any real price appreciation. I do not expect shares to get another 1400% move. It does look like they have a bit more upside, but now the game for all Cannabis stocks is examining the revenue side of the ledger, and ACOL is one of the rare existing revenue generating stocks in the Cannabis space. For continuing coverage on shares of $ACOL stock, as well as our other hot stock picks, sign up for our free newsletter today and get our next hot stock pick!