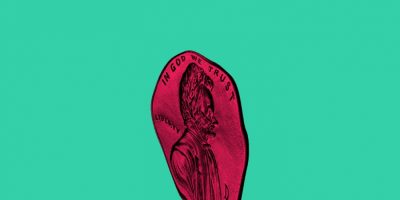 CD International Enterprises Inc (OTCMKTS:CDII) is the penny stock flavor of the day. It looks like someone just threw this Company a cannabis lifeline. Just when investors thought that CD International Enterprises (OTCMKTS: CDII) was gone and left for dead, the company has somehow magically reappeared with a new plan to stay alive. This is a Florida-based company that has almost no revenue, no current assets, and a mounting number of debt problems. Its industrial and minerals trading business was all but defunct, and its China consulting business was also just barely surviving – and then, out of nowhere, the company announced on March 30 that it planned to distribute high-grade cannabidiol (CBD) in the U.S. market over a ten-year period.

Obviously, given all the hype about legalized marijuana and the rapidly growing cannabis industry in the U.S., this is the type of deal that makes traders sit up and pay attention. The share price of CDII, once languishing near zero, is now up to $0.0210, giving the company a current stock market capitalization of $654K. Over the most recent 52-week period, shares have traded as low as $0.0011 and as high as $58.00. On a YTD basis, they are now up 560.03%. On March 30, they skyrocketed 263.95%.

CD International Enterprises Inc (OTCMKTS:CDII) is one incredibly speculative play, to say the least. But let’s take a closer look at what exactly CDII is trying to accomplish here. The company is using a wholly owned subsidiary, CD Shanghai Management Company, to enter into a 10-year distribution agreement with a Chinese industrial hemp company (Shengshi Agricultural Development Company) to distribute high-grade cannabidiol (CBD) crystal (99%) processed from industrial hemp, in the United States.

Find out when $CDII stock reaches critical levels. Subscribe to OracleDispatch.com Right Now by entering your Email in the box below.

The big picture here is that CBD has been legalized in all 50 U.S. states. Better yet, CBD is the natural concentrate extract from cannabis or hemp – it has all the nutrients of cannabinioids without the psychotropic effects of marijuana’s active ingredient (THC). In other words, you won’t get high from using cannabinioids. As a result, you can use CBD in beverages, smoothies, skin care products or nutritional supplements.

And there’s one more big factor at play here – CBD has been shown to be non-toxic and non-addictive, and that could pave the way for CBD to be used in the treatment of epilepsy, Alzheimer’s disease, liver cirrhosis, and relief from anxiety and stress. In other words, there’s a huge potential medical upside to CBD that makes it very attractive to speculators.

But can CDII really pull this off?

Remember – the company was basically a worthless shell one year ago. In March 2016, the company’s cash position was just $150,000 and quarterly revenue was just $58,000. (That’s not a typo!) The company posted a net loss of $12.5 million, and there were reports circulating that the company owed $4.6 million in penalties and losses to the IRS. At the same time, the company was in the processing of massively diluting its shares, winning it no friends among shareholders who were still in it for the long haul. In August 2015, the company had 85.6 million outstanding shares. By January 2016, the company had 508 million shares. And by February 2016, that number had soared to 637.6 million. All that massive dilution left a bad taste in people’s mouths, to say the least.

And CDII has tried and failed at other attempts to turn around a very floundering ship. At the end of 2015, the company announced a large purchase order for copper concentrate, but that seemingly went nowhere. And in May 2016, the company signed a letter of intent (LOI) to purchase a 20% equity stake in a company, Bridgewater Warranty Group, which specializes in warranty programs for household electronics.

So CDII has obviously been searching far and wide for an answer to its financial difficulties. And the legalization of marijuana may have come at exactly the right time. It looks like CDII is transitioning out of “mineral trading” and “China consulting” into the very hot and potentially very lucrative area of cannabis. This might just be the stealth cannabis company that nobody has heard of yet. There’s a lot of uncertainty here, so get ready for a lot of volatility along the way if you’re willing to take a risk on shares of CDII. For more news on CD International Enterprises (CDII) and other fast-moving penny stocks, please subscribe to OracleDispatch.com below.