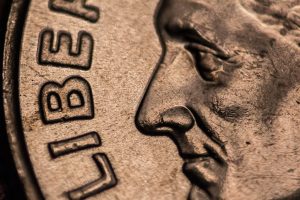 AURORA CANNABIS IN COM NPV (OTCMKTS:ACBFF) is a leader in the fast-growing Canadian cannabis cultivation space. Recent action in the stock has been driven by both macro and micro catalysts, but the result has been another charge higher. Perhaps the main driver we’ve seen over the past several sessions has been the piecemeal confirmation we are getting that Canada will move to fully legalize marijuana for recreational purposes midway through next year, with PM Trudeau’s party pushing for declarations imminently.

That announcement has sparked shares of Aurora Cannabis about 14% higher over just the past week of action. The situation may continue to be worth watching as the company has a number of micro-level catalysts at work as well, which we cover more in-depth below. Moreover, ACBFF has a history of dramatic rallies. What’s more, the stock has witnessed a pop in interest, as transaction volume levels have recently pushed 11% above the average volume levels in play in this stock over the longer term. Since we last covered the name, the stock has moved 10.4% higher.

As noted above, Aurora has been reliably in the upper echelon in the space in terms of balance sheet and revenue growth, and the stock has recently caught a bit of an upside bid on last Monday’s rumors suggesting Canada will legalize pot by July 1, 2018. Aside from that, one might also note recent headlines showing an effort by the company to build out the brain trust with a pair of recent announcements touting the addition of a new global biz-dev officer and a new medical director.

First, the company announced that Neil Belot was promoted to Chief Global Business Development Officer. Two days later, we got the appointment of Dr. Barry Waisglass as Medical Director. Mr. Belot is listed as a promotion, but he was already in the C-suite as Chief Brand Officer at Aurora since 2015, pre-sales license, with operational oversight of brand, sales, marketing, client care, and digital technology. According to the company’s release, he will focus on developing business opportunities that drive the Company’s international growth going forward.

As for the company’s choice in its new medical director, Dr. Waisglass is noted as a general practitioner in Canada, and is described as “one of Canada’s most experienced physicians in the clinical use of medical cannabis and cannabinoids.”

The company notes that he will be tasked to advise the Company with respect to emerging issues and opportunities with respect to medical cannabis, “representing Aurora at Canadian and global medical and cannabis conferences, liaising with medical associations and colleges, participating in the development of new products and new delivery mechanisms, as well as supporting the Company’s international market development initiatives.”

Finally, the company also noted a minor uplisting is in the works: OTC Markets Group Inc. (OTCM) announced near the close of last week that Aurora Cannabis Inc. has qualified to trade on the OTCQX Best Market. Aurora Cannabis upgraded to OTCQX from the OTCQB Venture Market. The ticker will remain ACBFF.

Earning a current market cap value of 541.9M, AURORA CANNABIS has a significant war chest ($14.8M) of cash on the books, which stands against about $1.7M in total current liabilities. ACBFF is pulling in trailing 12-month revenues of $8.4M. In addition, the company is seeing recent top line growth, with sequential quarterly revenues growing at 26.5%. You can bet we will update this one again as new information comes into view. For continuing coverage on shares of $ACBFF stock, as well as our other hot stock picks, sign up for our free newsletter today and get our next hot stock pick!