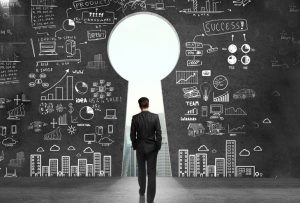 Terra Tech Corp (OTCMKTS:TRTC) is a micro-cap stock in the cannabis space that just reported its financial data for 2016 and issued some interesting guidance for 2017. TRTC stock has been churning in a mostly sideways range for the better part of the past year. We may see some improved action following last week’s updated financials if the market decides to focus on growth and the top line results.

Find out when TRTC stock reaches critical levels. Subscribe to OracleDispatch.com Right Now by entering your Email in the box below.

“2016 was a watershed year for both Terra Tech and the U.S. cannabis industry,” said Derek Peterson, Chief Executive Officer of Terra Tech.

“We made significant progress establishing a strong retail presence in our key target markets by acquiring Blum, Oakland in California and opening of a total of four medical cannabis dispensaries in Nevada. This was also the first full year selling our proprietary IVXX-branded premium medical cannabis products, and we were pleased to see IVXX sales have ramped up throughout the year as our marketing campaign gained momentum and new IVXX-branded products were launched. IVXX products are now sold in 225 dispensaries across California and Nevada, compared with the 200 dispensaries that stocked IVXX at the end of 2015. These efforts contributed to revenues of $25 million, representing year-over-year growth of 154%, exceeding the financial guidance set at the start of the year.”

TRTC also issued 2017 revenue guidance, calling for expectations of $38-40 million, which would represent 50-58% top line growth. According to the company, the predicted increase in year-over-year revenue is expected to be driven largely by sales from the Company’s retail dispensaries in California and Nevada, as well as continued growth of the IVXX brand throughout the California and Nevada markets and increased sales at Edible Garden. For continuing coverage on shares of TRTC stock, as well as our other hot stock picks, sign up for our free newsletter today and get our next hot stock pick!