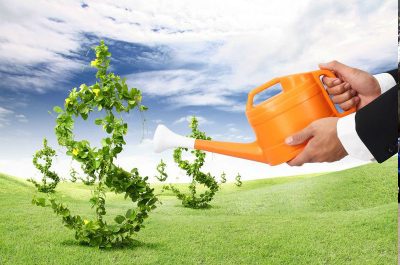 Benitec Biopharma Ltd (ADR) (NASDAQ:BNTC) is a biotech player that has started to garner renewed attention as the stock breaks higher. The proximal catalyst for the massive move appears to be the company’s announcement that the initial pre-clinical efficacy results of the OPMD program have been published in Nature Communications, an open-access scientific journal published by the Nature Publishing Group.

According to the release, OPMD is a rare progressive muscle-wasting disease caused by mutation in the poly(A)-binding protein nuclear 1 (PABPN1) gene. Those suffering from OPMD show telltale signs such as eyelid drooping, swallowing difficulties, and proximal limb weakness. News that the company is finding avenues to increase awareness of the problem as well as its potential therapy has given the stock a major boost early in the week, with shares breaking out on Tuesday.

Benitec Biopharma Ltd (ADR) (NASDAQ:BNTC) bills itself as a biotechnology company that develops treatments for chronic and life-threatening human diseases based on its gene silencing therapy, DNA-directed RNA interference (ddRNAi) in Australia, the United Kingdom, and the United States.

The company also engages in developing a ddRNAi-based gene therapy for the treatment of oculopharyngeal muscular dystrophy, an autosomal-dominant inherited, slow-progressing, and late-onset degenerative muscle disorder that occurs at the age of 40 or 50 years in patients. In addition, it licenses its ddRNAi technology to other biopharmaceutical companies for the progress of HIV/AIDS, retinitis pigmentosa, cancer immunotherapy, Huntington’s disease, and neuropathic pain programs.

Benitec Biopharma Limited was founded in 1995 and is headquartered in North Sydney, Australia.

Find out when $BNTC stock reaches critical levels. Subscribe to OracleDispatch.com Right Now by entering your Email in the box below.

As noted above, shares of BNTC are breaking out in a monster move higher on news that the company had its OPMD program pre-clinical efficacy results published in a Nature journal.

According to the company’s release, “the key results from these studies demonstrate that a DNA directed RNA interference (ddRNAi) approach to ‘silence and replace’ the mutant PABPN1 protein, results in the correction of the muscular dystrophy and of key clinical features of OPMD including a progressive atrophy and muscle weakness associated with nuclear aggregates of insoluble PABPN1.  These data were generated in the A17 mouse model that expresses the mutant PABPN1 gene and mimics most of the features of human OPMD patients. These findings were central in being able to receive the Orphan Drug Designation in the European Union for the OPMD program in January of this year.”

“These published results have been critical for establishing the proof of concept that a ddRNAi approach may be able to treat this orphan disease,” said Dr David Suhy, Chief Scientific Officer at Benitec.  “Furthermore, this program highlights one of the unique aspects of the Benitec technology that is not readily attainable by other gene therapy approaches.  Specifically, through our unique approach to gene silencing and gene therapy, we are able to knock out the mutated form of the gene and have the ability to express a normal copy to restore function.  We are extremely excited about the progress we have made with our OPMD program and, with our European Orphan Drug Designation, we look forward to streamlining the process towards regulatory approval.”

We’ve witnessed 81% added to share values of the name over the past month of action. Market participants may want to pay close attention to this stock. BNTC has signaled serious momentum with this breakout, and may see some continuation in coming days. Furthermore, the stock has seen an influx in interest of late, with the stock’s recent average trading volume running just under 310% above the average volume levels in play in this stock over the longer term.

Earning a current market cap value of $31.29M, BNTC has a significant war chest ($12.3M) of cash on the books, which must be weighed relative to virtually no total current liabilities. BNTC is pulling in trailing 12-month revenues of $538K. However, the company is seeing declines on the top line on a quarterly y/y basis, with revenues falling at -8.3%. We will update the story again soon as further details emerge. For continuing coverage on shares of $BNTC stock, as well as our other hot stock picks, sign up for our free newsletter today and get our next hot stock pick!