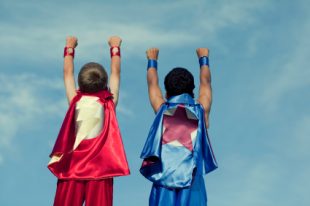 APHRIA INC COM NPV (OTCMKTS:APHQF) is turning into one of the better stories on the OTC this year. APHQF stock has been sizzling in 2017 – reaping the benefits of the continued move in Cannabis stocks.

Shares started moving in February and have marched 30% higher since the first day of the month. Much of this move is related to it’s partnerships and tightening up the available stock and related cap structure.

APHRIA INC COM NPV (OTCMKTS:APHQF) is one of the leading Canadian licensed producers of medical cannabis, and MassRoots, Inc. (MSRT), one of the largest technology platforms for the cannabis industry, are pleased to announce the early exercise of warrants by Aphria at US$0.90 per share for total proceeds to MassRoots of US$450,000. Aphria initially invested US$250,000 in MassRoots last fall and established a two-year exclusive partnership focused on the Canadian market.

“Aphria remains one of our most well-capitalized and highest-caliber partners and we are thankful for their continued support by fully exercising their warrants,” stated MassRoots CEO Isaac Dietrich. “As a technology platform, MassRoots is available in every state and country that regulates the production of cannabis and these warrant proceeds will greatly assist in increasing our market share of cannabis consumers and businesses.”

“We’re committed to continuing to build a robust portfolio of cannabis-infrastructure investments by backing innovate companies like MassRoots,” stated Aphria CEO Vic Neufeld. “MassRoots has the potential to be the leading technology platform in the cannabis sector and we look forward to continuing to foster a close relationship between our companies.”

MassRoots is one of the largest technology platforms for the regulated cannabis industry. The Company’s mobile apps enable consumers to make educated cannabis purchasing decisions through community-driven reviews. MassRoots is proud to be affiliated with the leading businesses and organizations in the cannabis industry, including the ArcView Group and National Cannabis Industry Association.

Find out when APHQF stock reaches critical levels. Subscribe to OracleDispatch.com Right Now by entering your Email in the box below.

You need to know a bit more about Aphria Inc., which is one of Canada’s lowest cost producers, produces, supplies and sellers of medical cannabis. Located in Leamington, Ontario, the greenhouse capital of Canada. Aphria is powered by sunlight, allowing for the most natural growing conditions available. The company announced through it’s subsidiary Aphria (Arizona) Inc., that it made an additional investment of $3 million (USD) in Copperstate Farms Investors, LLC. The investment will assist Investors in advancing its capital expenditure program related to extractions, lighting and power generation. This investment increases Aphria’s membership units in Investors from 10% to 18.5% of those issued.

Copperstate owns approximately 1.7 million square feet of greenhouses in Snowflake, Arizona and plans to bring approximately 348,000 square feet, into medical cannabis production in the fall of this year. Copperstate has received a special use permit for cannabis production in its entire facility by the Town of Snowflake. The Arizona Department of Health Services previously approved Copperstate’s initial operations located in 6,000 square feet and will need to approve the expanded cultivation prior to operating the expanded facility. Thereafter, the first harvest is currently expected in early summer with a full harvest on the expanded operation expected late in 2017. Copperstate estimates that its expanded operations are capable of annualized production of approximately 18,000 kgs. The current spot price for wholesale bud in the Arizona market is approximately $3,300 per kilogram. Copperstate has secured 90 different marijuana varieties for eventual offer to its customers. Several of the varieties are currently being tested to determine consumer demand and optimal growing metrics.

As the industry gets continued traction and shares stabilize these companies shares have added value, it is important to keep the balance sheet clean. When investors start reviewing the filings and picking things apart they realize that stocks like Aphria Inc. (OTCMKTS:APHQF) are better investments than others who are upside down. For continuing coverage on shares of APHQF stock, as well as our other hot stock picks, sign up for our free newsletter today and get our next hot stock pick!