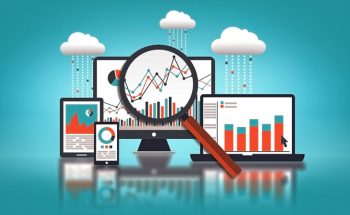 Office Depot Inc (NASDAQ:ODP) has had a well documented fall from grace over the past 2 years. So to say the least – it’s been a tough day at the office for this big-name retailer. The once eagerly-anticipated merger deal between Office Depot Inc. (NASDAQ: ODP) and Staples is not going to happen, and that’s forcing Wall Street analysts to come up with a new valuation for Office Depot. Is the company worth more with or without Staples? And can either of these two companies fend off low-cost Internet retailers like Amazon.com?

Both of these questions are particularly relevant given that shares of Office Depot are trading almost exactly at their 12-month analyst price target of $4.68. As of April 5, shares were trading at $4.81, giving the company a market capitalization of $2.54 billion. Over a 52-week period, shares have traded as low as $3.01 and as high as $7.91.

On a YTD basis, shares of Office Depot Inc (NASDAQ:ODP) are up 6.42%. Over a six-month period, shares are up 33.57%. The story that the company has been telling analysts over the past year is that it is becoming more efficient, selling off unprofitable divisions overseas, and shuttering unprofitable stores in the United States.

In 2016 alone, the company closed 123 North American retail stores, and plans to close 75 more stores in 2017. That comes on top of the company’s sell-off of its European business operations on December 31 to The Aurelius Group. The company also plans to shut down its international business operations in Australia, New Zealand, South Korea and Mainland China.

In short, the company is right-sizing, downsizing and squeezing out every last efficiency possible. And it’s starting to pay off. The company announced better than expected earnings in 4Q 2016, marking the second straight quarter of better than expected results. The company also released additional insights into how it is changing its overall inventory mix to avoid getting stuck with big-ticket items, how it is focusing more on its e-commerce platform and how it is still emphasizing product innovation. All of that should be good news.

Find out when $ODP stock reaches critical levels. Subscribe to OracleDispatch.com Right Now by entering your Email in the box below.

There’s just one small problem: people aren’t buying paper-based office supplies the way they used to. And, for that matter, the traditional office environment itself is disappearing, putting downward pressure on the company’s North American Business Solutions division. You can blame Amazon.com for that. Just about any business story about Office Depot or Staples in the mainstream media will mention the role of Amazon.com in making it harder and harder for other retailers to make a profit. Margins are getting squeezed, and people are embracing digital solutions.

When it comes to Office Depot, Wall Street analysts are less focused on the company’s bottom line, and more focused on the top line: revenue. And right now, it looks like the company is having a hard time growing sales revenue. People aren’t going back to paper, so it’s hard to see the overall business segment for office supplies growing.

That’s why the deal involving Staples, in which Office Depot would have paid anywhere from $6 billion to $7 billion to acquire the company, was so important. It potentially offered the company a new way to grow, while also offering all kinds of cost savings and efficiencies from combining store operations. But a California judge rule last year that the merger of the two companies would have been anti-competitive for consumers and businesses.

So that’s where we are today: Office Depot’s stock price is only up 6.42% YTD, and barely moved after reporting another better than expected quarter. At the same time, the company appears to be shrinking not growing, while facing steep pressure from rivals like Amazon.com

Right now, the Wall Street analysts following ODP have very different opinions on the stock. The low price target is $3.10 and the high is $6.50. So there’s potentially more room to run for the stock even though it’s sitting right at its 52-week price target of $4.68.

The good news is that Office Depot is still turning in some stellar financial numbers. For FY 2016, the company reported revenue of $11.02 billion and an operating profit of $531 million. So it may be battered, but it appears to have weathered the worst of the storm. If you’re optimistic that Office Depot can fend off Amazon.com and grow its own e-commerce platform, then ODP might be worth a closer look. For more news on Office Depot and other fast-moving penny stocks, please subscribe to OracleDispatch.com below.