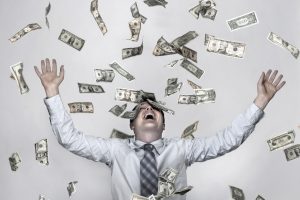 Gene Daniel
Plug Power Inc (NASDAQ:PLUG) is a hot small cap stock right now – and for good reason. For the past two years, investors have been expecting big things from Plug Power Inc (NASDAQ: PLUG), and now it looks like the stock may finally be ready to deliver on all of its earlier promise. Ever since Plug Power announced a major new deal with Amazon at the beginning of April, PLUG has been really, really hot.

The only question on investors minds is how much higher Plug Power Inc (NASDAQ:PLUG) is going to rise. Right now, Wall Street analysts are scrambling to revalue the company. The previous consensus price target for PLUG had been $2.15. At the time, that looked like a fairly aggressive price target, given that the stock was trading around $1.28 before the Amazon deal was announced. On April 7, though, Cowen immediately came out with $3 as a new price target for PLUG. Given the current stock price of $2.45, that price target represents about a 20% climb for PLUG.

What has investors so excited is a huge deal between New York-based Plug Power and Amazon. As part of this deal, Amazon will acquire 23% of the company’s shares. And the big e-commerce retailer doesn’t plan to be a passive investor either. Plans are for PLUG to markedly increase its spending on fuel cell technology.

The even bigger idea – one that investors are still trying to wrap their heads around – is that PLUG fuel cell technology will eventually power more than forklifts and fork-trucks – it will power long-haul trucks and energy storage. Thus, every single element of a company’s supply chain (or, at least, Amazon’s) would be powered by innovative hydrogen fuel cell technology.

The only problem, of course, is that not everybody is as bullish on hydrogen as Amazon is. How many fuel cell-powered vehicles have you seen on the road lately? (In contrast, you’ve probably seen a few battery-powered cars) That’s because hydrogen fuel cell technology can only work under certain conditions, and under certain temperatures. However, if Amazon and PLUG can get the technology to work for a huge distribution and fulfillment network, then there would be a great template for other companies to follow.

The most recent numbers from 4Q 2016 were no exception. The company posted an improvement in gross margins, but also posted a loss that was bigger than expected. And the company advised analysts that it would be aggressively spending in 2017, which heightened concerns that the company would not have enough cash to do so, and would need to raise outside capital.

And that’s apparently what has happened. The company does plan to expand aggressively, and Amazon is a big part of the reason why. The good news is that PLUG has a fairly robust product line of alternative energy tech solutions – including GenKey, GenDrive, GenFuel and ReliOn.

Plug Power might now ready for a major bull run of 20% or more (based on current price targets). Keep an eye on the new price targets coming from Wall Street analysts, as well as updates from Amazon on how they are implementing the technology. For more updates on Plug Power Inc and other fast-moving penny stocks, please subscribe to OracleDispatch.com below.