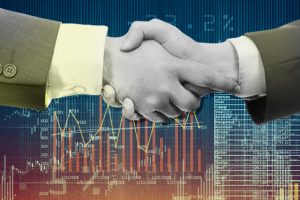 CANOPY GROWTH CORP COM NPV (OTCMKTS:TWMJF) has one of the higher valuations in Cannabis, they have been aggressive in making acquisitions, changing symbols to brand themselves better and working hard to keep the valuation above the $1 billion dollar ceiling. At the current $8 per share they are holding on as we exit Q1 2017, now the question will be about shares coming to market as free trading stock. Fortunately the stock has liquidity, but know that many deals have 144 stock coming to market.

The company announced that they entered into an agreement to acquire rTrees Producers Limited . rTrees is a late-stage ACMPR applicant based in Yorkton, Saskatchewan. “Finding the right opportunity to expand our footprint to Western Canada has been an important priority for our team,” said Bruce Linton, Chairman & CEO, Canopy Growth. “We are proud to bring the Tweed reputation for high quality cannabis and engaging customer care to Western Canada, partnering with some of the early pioneers in Canada’s legal medical cannabis system.” Tweed Grasslands brings under the canopy a 90,000 sq. ft indoor growing facility that is presently 20% built-out and serviced by low cost energy and water infrastructure.

CANOPY GROWTH CORP COM NPV (OTCMKTS:TWMJF) recently had a pre-license inspection, one of the last steps in the licensing process, was conducted by Health Canada in March 2017. Sitting on over 11 acres, it is estimated that the Tweed Grasslands facility can expand to over 300,000 sq. ft. in the future. Tweed Grasslands also adds a talented team, all with Western Canadian roots, that have been involved in the federally regulated cannabis space for the last seventeen years. “We are excited to be joining forces with Canopy Growth, a company that shares our vision for the future of cannabis,” said Andrew MacCorquodale, President & CEO, rTrees. “By merging our skills and experience with the proven operational expertise of Tweed, we will be in a great position to ensure that consumers from Western Canada have reliable access to high-quality, locally grown and produced products from a recognized global brand.”

TWMJF continues to view capacity enhancements as a core aspect of building on its leadership position in the expanding medical cannabis market. With a pending domestic recreational market in Canada as well as increasingly more medical cannabis opportunities internationally, this acquisition supports capacity requirements by adding substantially to the Company’s existing growing platform.

The acquisition is subject to approval by the Toronto Stock Exchange and by rTrees shareholders at an upcoming special shareholder meeting. Upon the signing of the Agreement, rTrees shareholders representing ownership of [82] % of the shares of rTrees, have entered into irrevocable lock-up agreements in favour of the transaction. The acquisition is expected to close on or about May 1, 2017. On closing, the Company will issue 698,901 common shares and up to another 2,795,604 common shares will be held in escrow and issued if, and when, specific licensing and capacity expansion related milestones are achieved, for a total of up to 3,494,505 shares on successful completion of all milestones.

Canopy also announced the licensing of additional facilities at its flagship Smiths Falls campus, including new grow rooms that will increase flowering space by 50 percent. “This phase of construction evolves our design and comes in on time and on budget. We’ve found operational efficiencies that we believe make our existing and newly licensed rooms materially more efficient than they were two years ago. This means more products to market and more variety for customers,” said Bruce Linton, Chairman & CEO, Canopy Growth (OTCMKTS:TWMJF).

Tweed has also received licensing approval for a number of additional rooms targeted at value-added production and operational expansion, including several new fulfillment rooms that will triple Tweed’s order fulfillment capacity. “While more growing space is imperative to our ability to meet demand, we also must be able to scale with increasingly more sophisticated processes and facilities to accommodate rapidly accelerating order demand today and into the future,” said Linton. Following the recent purchase of the 470,000 sq. ft. Hershey Drive campus, expansion work is now fully underway to further increase growing space, value-add processing, product formulation and logistics facilities at the Tweed campus.

Keep an eye on the volume and share count here it is always smart to read the filings carefully – the key to valuations in Cannabis have to do with conversion to revenue versus continually issuing shares as currency. For more news on $TWMJF and other fast-moving penny stocks, please subscribe to OracleDispatch.com below.