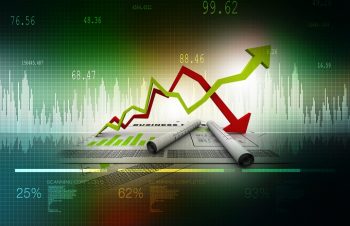 Israel based Cannabics Pharmaceuticals Inc (OTCMKTS:CNBX) sits nicely up 200% + for the year, and anyone who trades CNBX stock knows they were much higher than the current $2.08 level, they traded $7.00 per share back in February on huge volume. The volatility was so high and the price moves so large the company was forced to acknowledge these moves. The chart below shows this spike in price and volume, and some comments from the company are listed below.

Itamar Borochov, CEO of Cannabics Pharmaceuticals, says “We are very aware of the increased interest in our science and its apparent results in the marketplace.” I wish to reiterate that there is neither any undisclosed material information available nor any paid promotional activity or Investor Relations for the Company at all. The sole source of the Company’s public information has been press releases which we, the Company, authorize and release ourselves and may be found under “News” on OTC Markets site”.

Cannabics Pharmaceuticals Inc (OTCMKTS:CNBX) believes that its planned commercialization of its Liquid Biopsy Diagnostic tests as announced in our Press Release of February 6th, 2017, contributed to the recent increased activity. As stated in that release, the Company is on track to begin testing patients beginning in March. CNBX believes the rapidly increasing awareness and interest in companies operating in the field of cannabinoid based biotechnology has simply created heightened demand.

In closing, the public is to be reminded that investments in any type of securities are highly speculative, and that the only announcements or information about Cannabics Pharmaceuticals which are condoned by the Company or to be relied upon must come from the Company itself, and bear our name as its Source.

The company also had some news recently and said they are pleased to announce that they received the final report of the research held in the Technion Israel Institute of Technology, in which the antitumor activity of cannabinoids was reflected in several types of cancer (breast, ovarian, colon, pancreatic, gastric, glioblastoma). Many believe the expectation of this news back in February was a likely catalyst.

Find out when CNBX stock reaches critical levels. Subscribe to OracleDispatch.com Right Now by entering your Email in the box below.

These results pave the way for a possible antitumor treatment which the company will further examine. Moreover, the differential efficacy of different cannabinoids emphasizes the need for personalized diagnostics-and the data obtained serves this purpose.

Itamar Borochov, CEO of Cannabics Pharmaceuticals said, “The results from this research strengthen our vision of creating anticancer treatments based on natural cannabis medicine”.

Cannabics Pharmaceuticals Inc. (OTCMKTS:CNBX), is dedicated to the development of personalized anti-cancer and palliative treatments. Based in Israel, it is licensed by the Ministry of Health for its work in both scientific and clinical research. The Company’s focus is on harnessing the therapeutic properties of natural Cannabinoid formulations and diagnostics. Cannabics engages in developing individually tailored natural therapies for cancer patients, utilizing advanced screening systems and personalized bioinformatics tools.

These cannabis based research is drawing investors from every corner of the investing world.  In this case I think even the company was surprised by the move in the stock price rising beyond what anyone thought was an accurate valuation, shares got ahead of themselves and the speculators seemed to have ideas they could move the price of this stock wherever they wanted until the company stepped in and put out press.  In the long run this is a smart move by a seasoned issuer.

I will keep an eye on CNBX stock, they demonstrating what is needed from all C-Level leadership when sectors like cannabis go through the meteoric accumulation phase. For continuing coverage on shares of CNBX stock, as well as our other hot stock picks, sign up for our free newsletter today and get our next hot stock pick!.