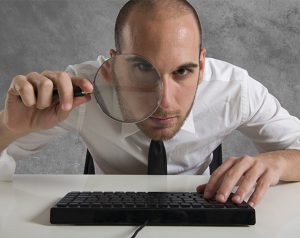 Unlike many cannabis stocks Kush Bottles Inc (OTCMKTS:KSHB) peaked into the election in November 2016 at $4.55, and while other Cannabis related stocks were exploding higher shares settled into year end about $1 off the highs at $3.20. This is a bit deceiving because shares started to move in August and by November they made their all time high. A look at a yearly chart shows the volatility since this high with a dramatic 2 week sell off where they gave back 50% of its value dropping from $4.55 to $2.20.

The company provides packaging products and solutions to producers, processers and retailers operating in the regulated medical and recreational cannabis industry. Founded in 2010, Kush Bottles has sold more than 100 million bottles and regularly services more than 3,000 customers across the United States and Canada.

The company said, “We reported another quarter of record revenues, which were up 65% year-over-year and 20% sequentially,” commented Nick Kovacevich, co-founder and CEO of Kush Bottles. “These results were driven by increased traction in sales of custom packaging and newly introduced products.  Sales also benefitted from stronger e-commerce activity, which increased our market penetration across the U.S. and Canada and enabled us to grow market share.”

Mr. Kovacevich continued, “During the second fiscal quarter we also continued to build out the Company’s infrastructure to support long term sustainable growth in the business. This included strengthening our Board of Directors with the appointment of Eric Baum and naming Edd Pratt as Vice President of Operations to improve operational efficiencies as we scale our business. We also made improvements to our supply chain, including increasing production volumes in the U.S. which led to decreased freight costs and improved margins.”

“We are very excited to enter the second half of the year with a significant cash balance and virtually no debt.  In a rapidly growing industry challenged by a lack of access to capital, Kush Bottles is in a prime position to invest in growth both organically or through acquisitions.”

Kush Bottles, Inc. (OTCMKTS:KSHB) has held onto the fact that they never touch the plant, and only sell containers as the growth in the industry outpaces demand, and has created this opportunity because companies are slow to enter the distribution chain until legalization. Kush Bottles has sold more than 100 million bottles and extracted margin.  I don’t think it has been great for the stock price recently to separate themselves from the sector all together as a simple packaging company – you can’t have it both ways.  They accepted the expansion of the multiple and increased the value of all shares to near $150 million in valuation, but once investors realized they were simply a packaging enterprise, they knocked 50% off the top which is where they sit today.

Some internal thinking will get managements thinking right as other stocks continue to climb in the Cannabis sector, for now they seem fairly valued here at $150 million. For continuing coverage on shares of $KSHB stock, as well as our other hot stock picks, sign up for our free newsletter today and get our next hot stock pick!