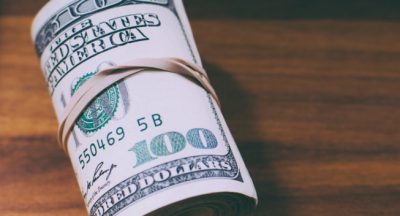 INNOVATIV MEDIA GR COM USD0.0001 (OTCMKTS:INMG) is a sub-penny micro cap – and triple zero trading is not for everyone. It is the most speculative part of penny stock trading where the smallest of the small start moving higher. The issue with these type of stocks is that they are easily manipulated and Innovativ Media Group, Inc.(OTCMKTS:INMG) is little different from any previous triple zero penny.

A look at the chart timeline below shows a huge move higher driven by news and volume.  The company is a developer, producer and distributor of digital entertainment and other multi-media content. It distributes the motion picture assets of Lux Digital Pictures and, via New Broadway Cinema, develops adaptations of stage shows utilizing its trademarked DigiTheater™ Virtual Reality process. Innovativ also operates The Alien Interview Channel on YouTube in partnership with Fullscreen, the online channel HPLovecraft.TV and is a principal in the Film Finance Exchange.

INNOVATIV MEDIA GR COM USD0.0001 (OTCMKTS:INMG) has had a fair amount of news and recently announced it has acquired the media assets of Canna TV OÜ and will be launching a new online, ad supported platform and channel CannaNet.TV, which will stream curated and original entertainment, informational and educational video content related to the Cannabis and CBD culture and industries.

CannaNet.TV, , will program a broad mix of live action and animated series, news shows, specials, music videos and tutorials on an independent platform and expects to eventually offer interactive and e-commerce applications.

“Successful new video networks require large, organized communities and clearly defined audiences and we believe the burgeoning Cannabis space will enthusiastically respond to and support a professionally programmed and managed channel,” said Company CEO, Tom Coleman. Coleman continued, “When these assets became available we moved fast as they will give us a foundation to jump start and develop the network. We expect the platform will be an attractive advertising medium for a wide range of Cannabis and CBD related businesses, products and services looking to target customers, which to date, have had limited online advertising options”.

Find out when INMG stock reaches critical levels. Subscribe to OracleDispatch.com Right Now by entering your Email in the box below.

The company also recently announced record results for its fiscal year ended December 31, 2016. Company revenues increased over 88% from $98,792 to $185,995 and EBITDA increased by over 2200% from $1,880 to $43,552, the highest in Company history. The Company has posted 6 Quarters of successive earnings since acquiring the Innovativ Media entertainment assets in mid-2015. “The INMG media assets provide the Company with a stable and reliable base from which we intend to build upon in the coming months with several new projects we have been developing” said Company CEO Tom Coleman.

Also in the news a few month’s back when they announced today that it plans to develop “Wasteland Saints” based on the work of renown visual entrepreneur Claudio Oliverio www.claudiooliverio.com . The Company has committed to exclusively working with Oliverio to create a TV mini-series as well as versions for Virtual Reality and Videogame platforms. “Claudio’s work is extraordinary and his visual story telling skills are perfectly adaptable to current and emerging mediums and we are pleased that he has chosen to work with Innovativ Media on these projects” said Company CEO Tom Coleman.

Public companies like Innovativ Media Group, Inc. (OTCMKTS:INMG) who are not yet filing with regulators have a bit more leeway than other pubco’s in that they can play fast and loose with how they report information. They lean on increased share price and their own ability as the issuer to garner operating capital, but in order to do this they need to keep the information flowing. INMG is one of these stocks.

I would watch how they perform, and watch what they do not what they say. If they give a timeline to be fully filing then they intend to be a real company who chooses to communicate with investors on a level playing field.  We will be watching shares here as they are in the right sector at the right time. For continuing coverage on shares of $INMG stock, as well as our other hot stock picks, sign up for our free newsletter today and get our next hot stock pick!