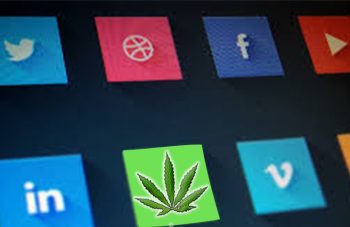 INNOVATIV MEDIA GR COM USD0.0001 (OTCMKTS:INMG) is a micro-cap media player that has started to garner huge new attention as the stock explodes higher in recent trade. The very recently deep-sub-penny stock took flight to close out last week in reaction to news that the company had acquired the media assets of Canna TV OÜ and will be launching a new online, ad-supported platform and channel, CannaNet.TV, which, according to the recent press release, will stream “curated and original entertainment, informational and educational video content related to the Cannabis and CBD culture and industries.”

It’s always interesting to see new versions of the “cannabis pivot”. We have seen so many in recent months, but this one really stands out given how far afield it is from the typical shift into either cultivation or sales of marijuana, or closely related paraphernalia and accouterments. In this case, we have the rudimentary sign of a commercial culture. We have ESPN for sports fans. We have HGTV for home improvement folks. The list goes on and on. INMG has ingested Canna TV with the goal of moving down a similar road for the cannabis culture.

INNOVATIV MEDIA GR COM USD0.0001 (OTCMKTS:INMG) frames itself as a developer, producer, and distributor of digital entertainment and other multi-media content. It distributes a library of feature films and operates New Broadway Cinema, The Alien Interview Channel, The HPLovecraft.TV Channel, the VOD Movie Guide and is a principal in the Film Finance Exchange.

It distributes a library of feature films and operates New Broadway Cinema, The Alien Interview Channel, The HPLovecraft.TV Channel, the VOD Movie Guide and is a principal in the Film Finance Exchange.

According to company materials, “Innovativ Media Group (Innovativ) is a developer, producer and distributor of digital entertainment and other multi-media content. It distributes the motion picture assets of Lux Digital Pictures and, via New Broadway Cinema, develops adaptations of stage shows utilizing its trademarked DigiTheater™ Virtual Reality process. Innovativ also operates The Alien Interview Channel on YouTube in partnership with Fullscreen, the online channel HPLovecraft.TV and is a principal in the Film Finance Exchange.”

Find out when $INMG stock reaches critical levels. Subscribe to OracleDispatch.com Right Now by entering your Email in the box below.

According to the recent press release, CannaNet.TV will program a broad mix of live action and animated series, news shows, specials, music videos and tutorials on an independent platform and expects to eventually offer interactive and e-commerce applications. On the associated website, the company has set the launch date for the fourth quarter of 2017.

That is a longer runway than we might have assumed, and suggests a significant investment in design and content, which is probably for the best. The risk associated with that strategy is this: if it turns out to be a great concept, it may not wait for this company to execute it. In other words, someone might be the earlier bird. However, if that is the case, unless there is quick application of large capital, the earlier bird might be easier to oust with a higher-quality version out of INMG.

“Successful new video networks require large, organized communities and clearly defined audiences and we believe the burgeoning Cannabis space will enthusiastically respond to and support a professionally programmed and managed channel,” said Company CEO, Tom Coleman. Coleman continued, “When these assets became available we moved fast as they will give us a foundation to jump-start and develop the network. We expect the platform will be an attractive advertising medium for a wide range of Cannabis and CBD related businesses, products and services looking to target customers, which to date, have had limited online advertising options.”

Recent action has seen in excess of 510% added to share values of the company over the past week of action, a bounce that has taken root amid largely bearish action over the larger time frame. In addition, the company has registered a massive increase in transaction volume in recent days, which is not surprising considering the scale of the move higher.

Now commanding a market cap of $1.9M, INMG has about $41k cash on the books, which stands against $17k in total current liabilities as of last reporting. The company recently reported an acceleration in revenues growth and about $189k in trailing 12-month sales. However, please note this is a pink sheet player reporting unaudited data. We will update the story again soon as developments transpire. For continuing coverage on shares of $INMG stock, as well as our other hot stock picks, sign up for our free newsletter today and get our next hot stock pick!