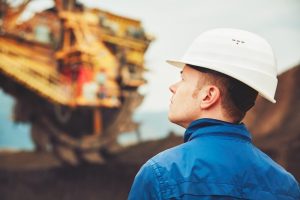 OceanaGold Corp (OTCMKTS:OCANF) shares have been pretty flat for the year on the back of some changes and PR around the productivity of their various properties. The chart below shows a range of $1.00 from $3.70 to $2.70, not a big range, but with enough volume to justify liquidity fears and dig below the surface to see what they are about. It seems the company can get minerals and metals out of the ground at a low cost and are worth looking at as a – flight to quality – investment in 2017.

The gold and copper miner headquartered in Melbourne, Australia, with assets in the Philippines, New Zealand and the United States. The company said it “expects to produce 150,000 to 170,000 ounces of gold in 2017 at sector leading all-in sustaining costs between $500 and $550 per ounce.”

OceanaGold Corp (OTCMKTS:OCANF) has a well-diversified portfolio of assets with production of more than 80% coming from friendly mining jurisdictions, which are the U.S. and New Zealand. OceanaGold is also engaged in the exploration and development of gold and copper projects at Waihi Gold Mine and Macraes in New Zealand, and at Paco and Didipio in the Philippines. In New Zealand, the miner is developing the surface and underground areas of the mines.

Find out when $OCANF stock reaches critical levels. Subscribe to OracleDispatch.com Right Now by entering your Email in the box below.

As of Sept. 30, 2016 the company had $88 million in cash on hand, plus a line of credit of $57 million. Total debt amounted to $298 million, which included $243 million of borrowings and $55 million of capital lease obligations. The company pays an annual dividend of four cents per share and the dividend yield is 1.34%. Year to date, the gold stock gained 54%. Over the last three years, the stock gained more than 150%.

For 2017, the miner expects to generate an AISC margin (realized gold price per ounce minus AISC per ounce) of $575 per ounce. This has been calculated by the company on the base gold price of $1,200 per ounce and on expected gold and copper production of 580 thousand ounces on average and 16 thousand tonnes on average. The free cash flow yield is expected to be 18% in 2017.

As many as 16 analysts forecast that OceanaGold Corp. (OTCMKTS:OCANF) will generate an EPS of 20 cents on average for fiscal year 2016, a 33.34% increase from 2015, and an EPS of 30 cents for fiscal year 2017. We will be watching to see that they adhere to projections, the price of gold stays higher and the stock breaks out of the $1 trading range where it has sat for a bit.  It is always good to have a flight to quality stock in your portfolio during a long running equity market and some global uncertainty. This helps create a balanced portfolio. For continuing coverage on shares of $OCANF stock, as well as our other hot stock picks, sign up for our free newsletter today and get our next hot stock pick!